Sadly, 55 percent of the world population does not have access to social protection policies.

Bengaluru, March 14, 2019: Over 4 billion people around the world do not enjoy the benefits of social protection and are left out of this global security system. Social security is a human right and is one of the major goals adopted under the Sustainable Development Goals (SDGs). All the policies and programs related to childcare benefits, maternity protection, unemployment benefits, sickness benefits and healthcare benefits come under these. 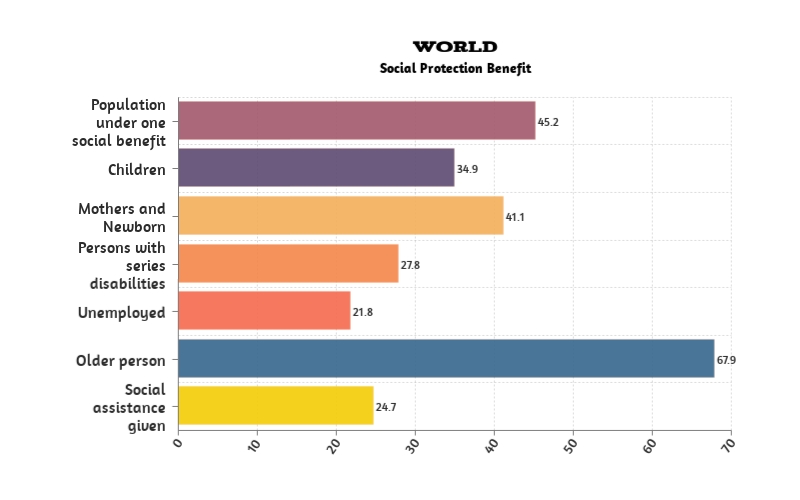 According to a report by the International Labour Organization (ILO), 55 percent of the global populations are not protected. Over 1.3 billion children do not enjoy these benefits, the majority of whom are residing in Asia and Africa. This is because of the under-investment by the countries in their social protection policies. The government of these countries spends only  1.1 percent of its GDP on child protection.

Shachi Garg, who is studying International relations said, “These policies are not being rightly implemented by the respective governments. We need to improve social protection programs and try to cover as many people as we can under it.” She also mentioned that with the correct implementation of the program, we can increase the country’s living standards as well and this, in turn, will also help improve the GDP.

Mudrika Pethkar, a student of Northeastern University in the USA said, “People enjoy the benefits of these policies but the majority of the population do not even know about the existence of these policies.” She also mentioned poor people who should benefit from it the most are generally kept away because of lack of awareness and ignorance.