Ace-discrimination amongst the community still evident in the country

Bangalore, Jan. 31, 2019: While the ‘A’ in LGBTQIAPH (Lesbian, Gay, Bisexual, Transgender, Queer, Intersexual, Asexual, Pansexual, Hijra) acronym stands for ‘Asexual’ and not ‘Ally’, the prevalence of asexual discrimination within the community is still quite prominent. Problems faced by asexual people range from lack of visibility to not considering them a part of the community.

Smith Bhattacharjee, who identifies themselves as asexual, said, “It’s not like people within the community corner out asexual people. But there are many who don’t believe in asexuality. The reason could be the supposition that asexual people do not experience oppression and that any prejudice, discrimination or discomfort we experience is not ‘as bad’ as theirs (LGBT community), which I think is odd because different is not, or should not be, defined by negative experiences.”

According to The Asexual Visibility and Education Network (AVEN), “An asexual person does not experience sexual attraction – they are not drawn to people sexually and do not desire to act upon attraction to others in a sexual way. Unlike celibacy, which is a choice to abstain from sexual activity, asexuality is an intrinsic part of who they are, just like other sexual orientations. Asexuality does not make their lives any worse or better; they just face a different set of needs and challenges than most sexual people do. There is considerable diversity among the asexual community in the needs and experiences often associated with sexuality including relationships, attraction, and arousal.”

Just like any other sexuality, asexuality is also a spectrum consisting of roughly two main orientations: romantic and sexual, with several sub-categories, mentions Galop, an LGBT and anti-violence charity. 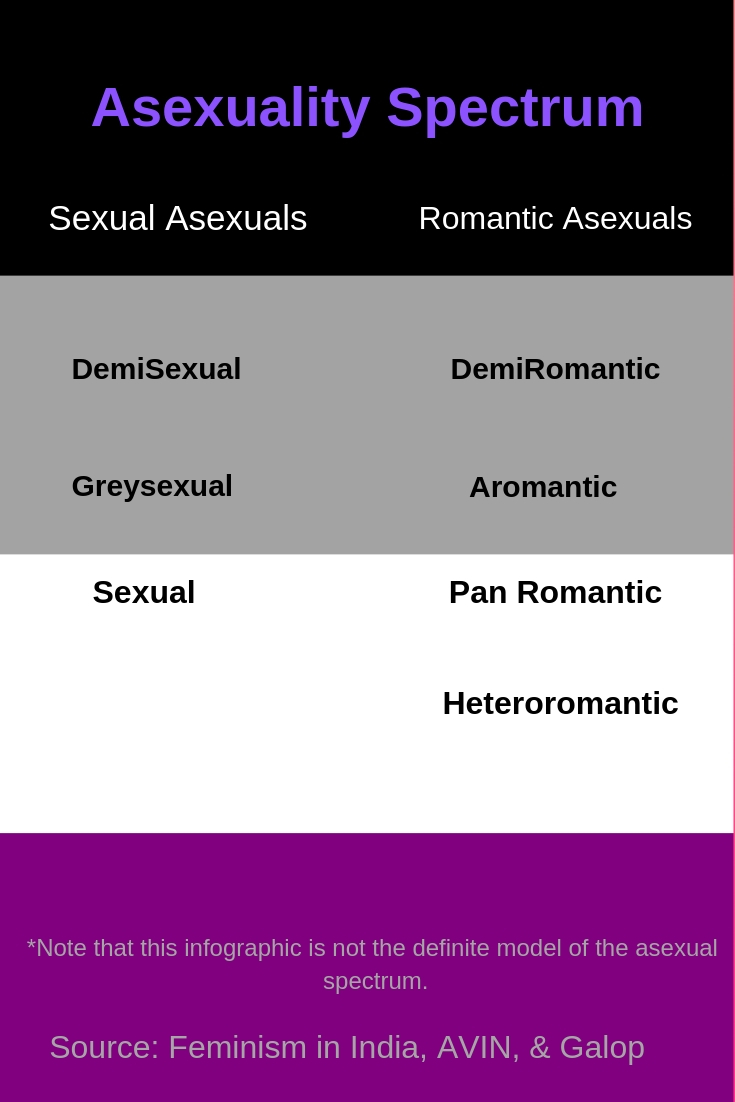 Galop further said that this discrimination is something that cannot be curbed unless some basic actions are taken. Some of them include recognising asexual people and helping them feel worthwhile.

“Asexual people can face prejudice from other sexual minority groups, such as being refused entry to LGBT spaces or inappropriate treatment by LGBT services. Some LGBT people argue that asexuality is not a sexual orientation, and therefore shouldn’t be included in the LGBT umbrella. Similar reasoning was employed to object to bisexual and trans inclusion in lesbian and gay movements historically – and full inclusion of these groups remain an issue today.”

“LGBT people working as service providers can also sometimes oppose asexual inclusion. It is important for LGBT and its services to raise awareness of asexual spectrum identities and acephobia, and work towards welcoming all sexual minorities to their service. Demonstrate that you take acephobia seriously by speaking out against it.”