Hyderabad, the “Creative City of Gastronomy” might have to deal with adulteration and contamination.

Hyderabad: Lack of food inspectors in Hyderabad could lead to sanitation issues in restaurants across the city. “The lack of surveillance causes the adulteration and contamination in the street food to go unnoticed”, said Mujtaba Hasan Aksari, President of the Helping Hand Foundation.

“Inspections are done only when the media focus(es) and show(s) the unhygienic practices maintained by hotels and restaurants. Health issues by contaminated food are initially unnoticed but in the long term, they create trouble. There are incidents of non-communicable diseases such as diabetes, obesity, hypertension, and cancer because of eating habits,” he further added.

Telangana has a mobile laboratory to spot test the inspected food samples. Food Safety and Standards Authority of India (FSSAI) has a surveillance sample system in which if the food sample is defective or contaminated then the respective vendor will be served with a notice not to repeat again. FSSAI has no power to shut down the faulty eateries, it can only warn them or fine them.

Balaji Raju, the Assistant food controller in Greater Hyderabad Municipal Corporation (GHMC), said, “There were only eight food inspectors when Andhra Pradesh and Telangana were a combined state. Out of eight inspectors, four were retired after the partition of the state. Now, 25 new members are appointed as Food inspectors”.

Saliwan, the State president of the National Association of Street Vendors of India, feels that it is not possible to undertake regular inspections with fewer food inspectors. “Number of food inspectors in the city are insufficient, even the ones who are on duty don’t inspect regularly. Inspections will be held once in a while if higher authorities pressure, that too on big restaurants, not on street food,” he said.

He suggests that the Department of Food Security and Food vendors need to discuss and form certain guidelines to bring transparency.

In 2015, the Telangana High Court took up a public interest litigation (PIL) on how carbide is being used to artificially ripen fruit, thus adversely affecting people’s health. In its verdict, the HC asked the government to provide a report on the required food inspectors in the state.

The High Court also instructed the Telangana State Public Service Commission (TSPSC) to fill 36 posts in the Food Inspection and Safety department. In September this year, 20 new inspectors were appointed by the government following the court orders.

“Technical training has to be given to the selected officers by the FSSAI. Meanwhile, to ensure that they are not idle, the food commissioner of Telangana has instructed us to utilize them in fieldwork” said Balaji Raju.

The FSSAI for the year 2018-19 has released data on efforts by food enforcement officers. Telangana was one of the ten states which performed poorly according to the data. It also mentioned that poorly performing states have not been able to place full-time officers for food safety and do not have proper food testing laboratories. Foodborne Disease Burden Epidemiology Reference Group of the World’s Health Organization has found that foodborne diseases (FBD) are comparable to those of the major infectious diseases, HIV/AIDS, malaria, and tuberculosis.

The World Health Organization stated that each year, foodborne diseases cause one in ten people to fall ill around the world. Each year 4,20,000 lives are lost due to foodborne illness globally. Diarrhoeal diseases are the most common illnesses resulting from the consumption of contaminated food, causing 55 crore people to fall ill and 2,30,000 deaths every year. FSSAI stated that India has a significant burden of mortality and morbidity due to food-borne diseases. 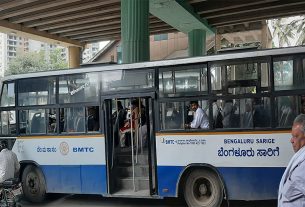