Medically relevant information, especially pertaining to non- communicable diseases (NCD) is missing in hospitals of the city. This makes it difficult for epidemiological research, diagnosis and further treatment.

The rising burden of lethal diseases- the NCDs; unlike malaria and TB are overlooked by the governing authorities. NCDs like Cardiovascular Diseases, Cancer, Hypertension, Diabetes and other NCDs approximately account for around 60% of all deaths.

The Public Relations Officer (PRO) of a general hospital under BBMP was not aware of any such facility for tracking of NCDs in the hospital.

BBMP Health Officer, Dr. Shivkumar said, “The general hospitals under BBMP periphery presently focus only on communicable diseases. Private hospitals are sending data since three years. We only have the data for number of non-communicable diseases—whose authenticity is yet to be verified.”

Hitashi, an MBBS intern pointed out that the new causes of NCDs and the type of diseases which affect higher percentage of population will remain unknown without any data. She said, “New doctors like me will not get to know which medicines are more effective or which new medicines need to be formulated”.

Premature deaths due to these NCDs are projected to increase over the years, according to National Programme for Prevention and Control of Cancer, Diabetes, Cardiovascular Diseases and Stroke (NPCDCS). It emphasizes on development of database of NCDs through Surveillance System.  It also includes applied and operational research related to the programme, and monitoring NCD morbidity, mortality and risk factors.

Unawareness of prevalent NCDs affects policy-making of the government, along with financial resources required to handle them.

Daughter of a heart patient—Kailash, who underwent three heart by-pass surgeries talked to The Softcopy, expressing her concern over the issue. She said, “It is a hereditary disease so we were already aware. But due to lack of information on NCDs, people will not get the benefit of government’s low cost treatment and medicines.”

Hitashi further said, “Mortality rate due to NCDs will remain unclear and it may hinder public awareness. Moreover, the lack of data will deprive the doctors of the knowledge about new cancer tumor makers and new non- invasive techniques.”

Standard formats for recording and reporting are prescribed by the Central NCD Cell, made mandatory to be used by District and State NCD Cell, and funds would be released to States under NCD Flexi-Pool of National Health Mission, according to NPCDCS.

However, BBMP attributes the lack of NCD data to lack of funds by the Government of Karnataka. “Database is required in a particular format, for which funds are needed. Since BBMP lacks funds, so data is not as per the requirements. There are no plans either, in the near future,” Dr. Shivkumar added. 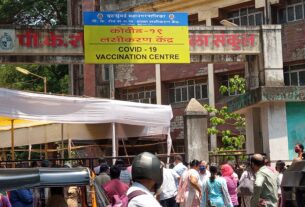 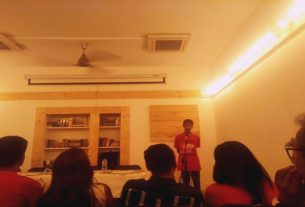