With Indian players failing to qualify for the main draw of the French Open in singles competition, the future seems uncertain.

Jammu: The main draw French Open 2021 starts on May 30, 2021, and once again, like it has happened numerous times in the past, there is no Indian player in singles competition.

Somdev Devvarman is still India’s most successful men’s tennis player in recent years when it comes to performances in the Grand Slams, reaching the second round of all four grand slams. Sania Mirza, India’s most successful women’s player, reached the fourth round at the 2005 US Open. She also earned her career-high ranking of 27 in singles in 2007.

There was a time when Indian Tennis was doing well. Ramanathan Krishnan and the Amritraj brothers, thanks to their games, garnered respect for Indian tennis. Ramanathan reached the semi-finals of Wimbledon in 1960 and 1961, and he and Vijay Amritraj twice reached the quarterfinals at Wimbledon and US Open.

After Krishnan and Vijay were done, Paes and Bhupathi kept the legacy going. Paes also won an Olympic bronze medal during the 1996 Atlanta Olympics. He is still the only Indian tennis player to win a medal at the Olympics. While Paes notched up some famous victories in singles competition, he and Bhupathi emerged as a formidable doubles pair.

Paes and Bhupathi slowly started concentrating only on doubles. There were hardly any singles players left.

According to Prateek Bhambri, former professional tennis player and founder of BASE Sports, we do see players performing well in India at the junior level, but many of them tend to fade away as they progress into the bigger leagues.

“Our sponsorship programs aren’t the strongest, making the sport a tad expensive for most when you have to travel for matches extensively,” said Taarini Chandramouli, former national and Asian juniors’ player.

“We need to create a financial support system which would go on to sponsor talented players from a young age, giving them a shot at becoming the big names we hope they would become,” said Prateek Bhambri.

“I think the Virat Kohli Foundation is doing a great job in this regard. They have a few promising players under their support, helping them with the finances to travel the world for their tournaments,” added Prateek.

Ankit Sharma, a former player, and a fan, said, “The lack of infrastructure is a big problem. Players mostly have to fund themselves, which drastically cuts down prospects.”

Not having sponsorship programs is just one of the things holding the sport back in our country. Fitness programs and fitness levels are also something that should be looked at.

“Stamina and fitness levels play a huge role in players choosing the doubles game over singles. Training and coaching here focus more on agility and volleying, whereas the single game is baseline dominant. Playing a heavy baseline game requires more stamina and requires a player to be more fit, which is rarely the case here,” said Mukesh Kumar, an International Tennis Federation and All India Tennis Federation player, and owner of a tennis academy.

“The kind of fitness programs here focus on being lean and fast – though the focus should be more on strength and endurance,” said Taarini.

According to Taarini, the quality of the courts is also a problem in India. “Most courts in India are either mud courts or hard courts, and not clay or synthetic. Grass courts are beyond question. So, when propelled into an international arena, it’s like driving a toy car on a highway,” she added.

But Indian tennis is heading in the right direction, according to Mukesh Kumar. “Tennis is growing in India. The coaches are working really hard and trying to encourage the game and the players. They try to push young players, and to manage this, AITA needs to find a way to promote the players,” said Mukhesh Kumar.

“We still have a long way to go, but we are definitely moving in the right direction,” said Prateek.

“The best way to FastTrack the process would be to have former players helping the younger generation . The immense bank of knowledge and experience of these players would be a great help to the younger athletes who wish to excel in the sport,” Prateek added.

Some years back, Indian tennis looked like it was heading in the right direction with players like Yuki Bhambri, Prajesh Gunneswaran, Sumit Nagal, Ramkumar Ramanathan, Ankita Raina, and a few others showing promise.

Yuki Bhambri won the Australian Open Junior Grand Slam in 2009 and promised to take Indian tennis further. He broke into the top 100 in 2015 and reached the third and second round of ATP 1000 tournaments in 2018. However, his struggles with injuries have kept him out of the game since 2018.

Ramkumar Ramanathan also showed promise when he beat Dominic Thiem at the Antalya Open in 2017 and also became the first Indian player to reach an ATP world tour singles finals, since Somdev Devvarman. Since then, he has failed to make an impact and has never reached the main draw of a grand slam.

Sumit Nagal is also one such example. Nagal broke out onto the scene during the 2019 US Open, where he lost to Roger Federer in the first round but managed to take a set of the multiple-time grand slam champion. But since then, he has reached the main draw of grand slams only twice.

There are many such examples of Indian players not being able to take that next step. They have shown promise but just haven’t been able to make a breakthrough.

According to Prateek Bhambri, we need to build a platform for future generations where they would be given every opportunity they need to become a great player. “Right down from their fitness, nutrition, tactical, technical to their psychological training,” he added.

Bhambri feels that the involvement of corporates could do a great deal for the sport. Sponsorship from them backing the athletes would help them win at the highest level. 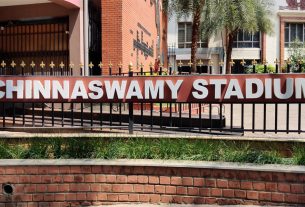 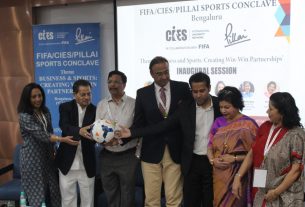 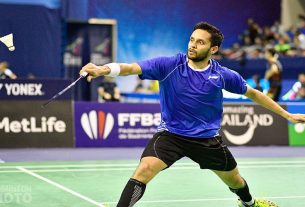 Coaches not academies, is what the next generation needs: Parupalli Kashyap