The coolies of Vapi station struggled to make ends meet with trains shut down during the lockdown.

Vapi: Coolies in Vapi station could not earn any money due to the unexpected lockdown and are now finding it difficult to survive. Akshay Radhey Shyam Yadav, a coolie at the Vapi station, expressed his concerns
regarding the lockdown. “We had a total of 36 coolies here, and all of them have suffered in some way or the other. I am the only bread earner of my family, and I have to look after them. From auto stands to small shops, everything was completely closed. Still, some senior authorities of the Railway Protection Force (RPF) helped us during our tough times.” He added,“Many coolies left the city and went back to their hometowns, when the lockdown was declared, on March 14.” “My family and I had to eat food like khichdi, dal roti, and sometimes just chutney roti. We had no money. Sometimes NGOs distributed food to us in tempos but not regularly,” said Takram Shakir Sheikh, a coolie of Vapi station. But the situation has changed a bit after the restrictions for the lockdown were eased. He
also said, ” Since some trains have resumed, we are able to earn Rs 200-300 each day. It has become a bit easier for us to survive now.”

“Work has been greatly affected as only four trains are available for now. We have borrowed money from the authorities. Even though they have been supportive, there’s a pressure of paying them back,” said Zakir Hussain, a coolie of the same station.

Akshay Radhey Shyam also said, “After the government eased some restrictions, some of the trains like Shramik Special trains started to run. That is why I have been able to earn Rs. 100-200 each day.”
Harsh Yadav, a coolie of the same station, stated,” As the trains have started to run again, some passengers have started to come. The money that we are earning now is comparatively less than what we used to before the pandemic. But it has made our situation a bit better.”
Ramza Rashid Sheikh, a coolie of Vapi station, talked about his struggles. “As
some of the trains have started to run again, I have been able to earn some
money. Since I have a family to look after, it has become easier for me to take care of my parents.”

Advocate K.M. Brahmbhatt, an expert in Labour Laws , Civil Laws, and Criminal Laws explained, “There is no specific law or act to protect the coolies or porters working at railway stations.” He added, “Our laws are meant for the welfare of the society. Everyone should be considered and protected under the court of law. Just like the hawkers act is enacted upon, soon, a coolies act should be made for their protection in an unprecedented situation like this.” 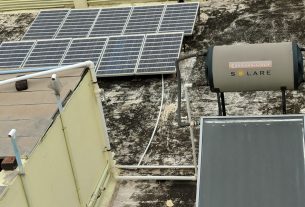 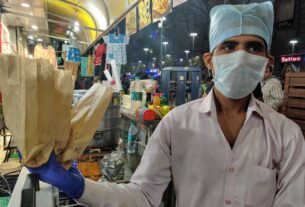 11 thoughts on “Coolies carry a different burden during the pandemic”