Popularity of online fanfic websites is soaring; fans say the genre is a good exercise in creativity.

Mr. Bean is an alcoholic. He is struggling in the absence of his wife, Lara Croft, who is out for another covert mission in Tehran. Their three daughters, the Powerpuff Girls, watch in tense silence as President Trump’s voice from the television engulfs the room, “We are in the early stages of a military operation in Iran…”

Such writings, giving expression to the weirdest curiosities and fantasies of fans, are becoming more and more popular in India and around the world. Fan fiction websites have been witnessing a jump in their user-base in recent months.

Fan fiction, as the name suggests, is the fiction written by a fan, often featuring characters from their favourite books, television shows, movies etc. Often, it is a kind of spinoff exploring characters, events and reasons which are not mentioned in the book or the movie. Crossovers involving different shows, books and even real-life characters are also common. Fans use this genre to express their creativity, especially when they are curious about a particular character or if they want an alternative version of events. However, fanfic is not commercialized. Writers cannot claim remuneration for their works.

Animesh Vaghela, a city-born student of MBA in Pune, says fan fiction has changed the way he watches movies. “Earlier, watching movies was passive, a pastime. I followed the director’s narrative until the end and then was done with it. But after having read so many fanfic stories, I have now developed the habit of experimenting with the characters I come across. I make my own stories, my own narratives.

Though he himself doesn’t write much, he says it is still fun, “Watching movies is a much more active pastime now. It’s a good exercise in creativity.”

SimilarWeb, a database of traffic and other analytical data for different websites, shows that the web-traffic on popular fanfic websites like Wattpad, Fanfiction, Archive of Our Own (AO3) and Commaful have increased steadily for more than three months now, since at least November 2019.

As of January 2020, Wattpad, one of the most popular websites for fan fiction in the country, has climbed three places in the global ranking, to 179. In the “Books and Literature” category under “Arts and Entertainment”, it retained the second spot globally and the first spot in India. The Toronto-based company has 128.8 million average visits per month.

Also, as of March 2019, 4 million stories were published on Wattpad in India. Indians make up more than three per cent of the 80 million monthly users of the website across 153 countries.

Shivansh Tiwary, a student at Christ University who sometimes writes such stories on Wattpad, said, “When movies and web series turn out to have disappointing endings, fanfic is my way to try and make it better for myself.”

“Sometimes, such stories do turn out better than the original,” he adds with a laugh.

Besides Wattpad, other websites also saw an increase in traffic. The AO3 jumped one place to become the second most popular fanfic website in the country. With 241.5 million average monthly visits, it was also the most popular one globally.

However, it is the relatively newer website Commaful which is gaining traction most quickly in India. The website has seen over 40 per cent increase in the number of monthly visits globally in just a month. Indians were the biggest contributors to this jump in popularity, where the website gained 70 per cent more users in December.

Ms. Suchismita Banerjee, a professor of English at Bethany High School, said, “Fan fiction could very soon be a more concrete branch of literature. It offers a good opportunity for readers without a lot of resources to publish their own works. And at a time when other, more dynamic forms of entertainment are vying for attention, such innovations are welcome.” 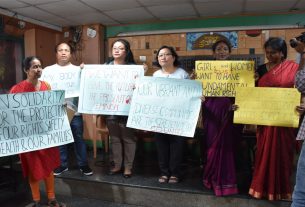 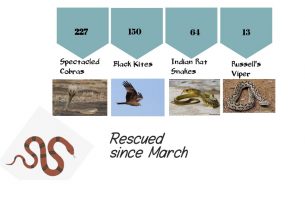