Skip to content
Home | Bangalore | Chide our French but is Kannada compulsory?

Bengaluru: Despite repeated directions from the state government,   ICSE and CBSE board schools in Karnataka have not implemented Kannada as a compulsory subject in the form of their first or second language for the students till tenth grade, as  required by the Kannada Language Learning Act, 2015.

The Kannada Language Learning Act, 2015, makes Kannada mandatory for schools in Karnataka as a first or second language. Non-compliance with the Act attracts a penalty of Rs. 500 the first time. For a  second breach,  a penalty of Rs. 100  per day is levied.  If the schools refuse to comply even after the second warning, they are forced to disaffiliate themselves from the Department of Primary and Secondary Education.

A spokesperson from the Jain Heritage School, a CBSE school, said, “We have implemented Kannada as a compulsory language till fourth grade. Though the act says that ‘the language should be there till tenth’, our school consists of students from different states. So we cannot make Kannada mandatory.”

“We have no issue in implementing the law but we can go ahead only after directions from the CBSE,” the spokesperson said.

Another representative from an ICSE school also said they are awaiting directions from their board, “Unless the board asks us, we are not making Kannada mandatory.”

According to KDA reports, all schools in the state were supposed to implement the law in the 2017-18 academic year.  However, after almost three years, 159 schools have still failed to implement it.

This year, the Department of Primary and Secondary Education, in association with the KDA, organized a workshop for schools on implementation of Kannada, news reports show.  However, 30 percent of the schools did not turn up because of the pressure from the parents.

“I have a transferable job. Every three years I have to move to a new city. So I want my child only to be fluent in Hindi and English,” Mr. Randeep whose child is currently studying in a well-known school in the city, said, “I came to the city last year. In my child’s school, Kannada is a compulsory second language. This is unnecessarily burdening him and taking a toll on his academics.”

“In my school, we have to compulsorily learn Kannada either as first or second language,” Aditya, a student of a well-known school said, “I found Kannada difficult to understand.”

“I am not interested in learning Kannada as my parents have a transferable job and I can’t learn every language wherever we go. It affects my grades,” he added.

S Suresh Kumar, Minister of Primary and Secondary Education said: “Some schools believe that teaching Kannada is inferior. I visited a few schools and noticed that schools don’t have teachers who can teach Kannada.  Even if they have them, they do not have a schedule for teaching it.”

“Today, we are requesting the schools politely, but if they fail to follow it, we will force them to comply,” the minister added.

Dr. M Nirmala, an educationist, explained that Bengaluru has always been a city of diversity. Implementing Kannada suddenly is burdening the students academically and even mentally.

“The syllabus of Kannada is tough when compared to other languages. This is adversely affecting the students’ grades,” Nirmala said. “It should not be a compulsory subject. The student should have the choice of either studying it or not.” 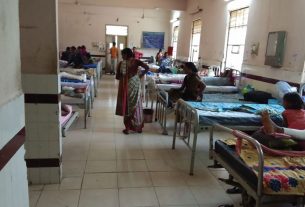 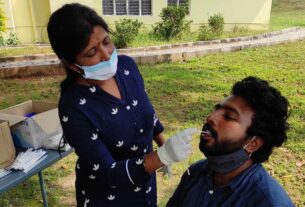 Students’ safety is the priority