Low income, no pension or insurance and other securities for Yakshagana artistes in Bengaluru.

Bengaluru: Yakshagana artistes, who devote all their time performing and practicing, are now looking for other secure jobs, because they do not have a permanent source of income throughout the year and they do not get paid well for the events they perform at. Artistes complain that they do not get pension, even after applying for the Maasashana pension scheme.

Professor M.A Hegde, President, Karnataka Yakshagana Academy, said, “There are many artists whose annual income is less than Rs. 3500. There is no differentiation between the full-time artists and part-time artists in this scheme. Other Sannaata, Doddaata, and Raadhanaata artists who perform occasionally, can get back to their regular jobs after the performance. They do not have to practice and perform round the year, like Yakshagana artists. Yakshagana demands practice on a regular basis because of its vigorous dance movements, subtle expressions and extempore dialogues. So most of the artists do not have a chance to do any side businesses or jobs.”

“Every year the government releases up to Rs. 15 lakh for Maasashana scheme. In 2018, 934 artists were enrolled in the scheme, which included only two Yakshagana artists,” he informed.

The Muzrai Department of Government of Karnataka had earlier announced a monthly pension scheme for all Yakshagana artists. The scheme is still under review. As of now, there is only one scheme in place for pension to retired artists, which is the Maasashana Pension Scheme, for those above 50 years of age and whose annual income is less than Rs. 3,500.

Manjunagappa Gowda, a Yakshagana artiste, said, “I practiced Yakshagana for 35 years and retired 4 years agobecause of poor vision. I had applied for the Maasashana pension 1.5 years ago and also cleared the interview. But there is no update on the application, it is still under process.”

A committee was constituted under the chairmanship of M.A. Hegde from the Yakshagana Academy, regarding the yardsticks to be followed in fixation of pay to Yakshagana artists for the Muzrai temples.

M.A. Hegde added, “The government should fix a monthly salary for all recognized cultural artists, so that young artists do not lose interest in the art form because of lack of economic security. We must focus on promoting our cultural heritage”

.Members of the Karnataka Yakshagana Academy informed that the previous government had decided to increase the funds for the pension scheme, but nothing along that line has happened so far.

Promodh. D. Hanchimani, Theatre Artist from Rangashankara, said, “Yakshagana is a well-known folk theatre of Karnataka, but unfortunately, the younger generation is more interested in learning western art forms and the traditional art forms are fading away. In this era of tight competition and capitalism, if they artists can’t secure a decent income, they will move away. It is the responsibility of the government to provide a sense of security to such artists  and preserve the cultural heritage of the land.” 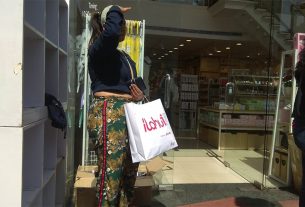 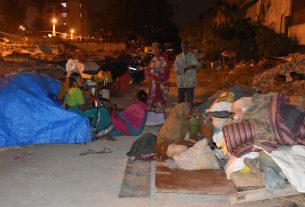