California-based media service provider Netflix has launched a new subscription plan in India at the end of March. This plan is solely for smartphone users and has a monthly cost of Rs. 250. This is the cheapest plan offered by Netflix in India after their monthly plans of Rs. 500, 650 and 800.

With this new plan, Netflix has entered the subscription pattern of local video streaming services in India, such as Amazon Prime , AltBalaji, Zee5, and Hotstar, to name a few.

These apps charge somewhere between Rs. 99 to Rs. 199 per month, for unlimited access to their content. Few service providers like SonyLIV has a subscription price as low as Rs. 50 per month.

Hoichoi, a Kolkata-based video service provider charges less than Re. one per day for unlimited access to all content. Until now, Netflix, like other international video streaming services has been on the costlier side of the video streaming business.

Ballari Sen, an avid user of AltBalaji, says, “I think people in India are hesitant to subscribe to Netflix because of its costly subscription plans. For local apps we pay like Rs. 100 a month, whereas Netflix charges seven-eight times that amount.

So the local streaming apps, like the one I subscribe to, is much cheaper compared to Netflix and provides a wide range of shows and movies. But of course, Netflix Originals are something I’d want to watch. If there is a cheaper plan from Netflix, I will probably subscribe to it.”

Aniket, a supervisor of the Netflix India team in Mumbai, has confirmed that this new Rs. 250 plan is only a test plan and not a permanent cut. This plan will only work on smartphones and tablets.

It will have unlimited access to all the content on Netflix, except for HD and Ultra HD.

According to Monocept, a consultation service, there are about 54 million online video consumers in India. Out of that, 65 percent of viewers watch videos on their smartphones. In 2016, the growth in video consumption market was 74 percent.

Adrija Basu, a regular Netflix user, says, “It’s all about the content. Netflix’s is by far the best in the video streaming industry. The only problem with it is the costly subscription. With the new low-cost plan, now I think people will definitely subscribe to it.”

According to a report on Counterpoint, a global data analyst, Netflix has around 5 million subscribers in India, only a very small percentage of their global user base of 148.16 million, as of 2018.

The biggest player in the Indian market however is Hotstar, from the Star India group, with an active monthly user base of 75 million, followed by Viacom’s Voot, with a user count of 22 million, and Amazon prime with 11 million users.

The report shows that the success of a service provider in the Indian market is based on a combination of relevant content and low-cost subscription.  With TV shows like ‘Sacred Games’ and ‘Ghoul’, Netflix has already created a buzz for relevant local content in the market. 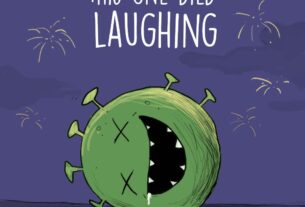 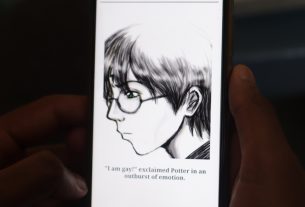 1 thought on “V. for Video Streaming”