Tobacco and alcohol companies are coming up with new strategies despite a ban on surrogate advertisements.

From United Breweries to Vimal, every alcohol and tobacco firm is seeking clarity from the Central Consumer Protection Authority (CCPA) over the ban on surrogate advertisements while they continue to frame new strategies for promotion.

Utkarsh Mudbidri, a business analyst said, “If the ban is not lifted, the brands will resort to indirect or off-the-books advertising which is not regulated by any governing body as at the end of the day the brands would want to reach their audience in one way or the other.”

In other words, companies sell alcohol-based drinks under the veil of soda, fruit juice, and cocktail mixers. A prevalent example of this is Imperial Blue’s series of advertisements on music compact discs (CDs) to promote their whiskey brand in India. Big brands like Bagpiper soda, cassettes and CDs, Royal Challenge, and Kingfisher fall under this category.

Gopal Joshi, strategist and consultant in the beverages alcohol industry said, “Companies have been promoting their products by using surrogate ads for a very long time now. The CCPA has come in because of heavily advertised direct liquor and alcoholic beverages on social media. The emergence of ads on social media has no control at all. So, there has to be some check and control.”

Aditya Rai from Renderboxx Studio, an advertising agency says, “Advertising is the biggest reason for generating sales for any company, but a plus point with these companies is that consumers are habitual and addicted. Surrogate advertising is not for generating sales, it is for brand awareness and presence. If these companies do not advertise, the chance of counterfeit items of their products also increases. We are planning to advertise through user-engaging and social activities. These new strategies will include social welfare through campaigns, events, and shows which will help people in need and the company as well.”

Prashant, an engineer by profession said, “It is very important to ban such advertisements, these companies are creating a very bad impact on youth. In my opinion, the brand ambassador of such products should also be banned. Many renowned actors like Shatrugan Sinha were featured in the Bagpiper club soda ad to promote its brand. Also, the actor Pierce Brosnan, who played James Bond’s character, endorsed Pan Bahar, a pan masala brand. Recently, Ajay Devgan, Shah Rukh Khan, Amitabh Bachchan, and many more have joined the list.”

According to Gopal Joshi, “Brand ambassadors and influencers have further added fuel to this whole case. It has also resulted in boomeranging the thoughts of consumers.”

According to Business Analyst Utkarsh Mudbidri, “Ban on surrogate ads will definitely reduce the brand visibility and awareness among the target group who will not be aware of the brands that are into the sale of alcohol and tobacco products. However, if the product itself is to be banned, then the brands endorsing it need to be taken into consideration as well. There should be some restrictions on them in terms of endorsements and advertising in order to restrict their visibility and largely the ‘sales’ per say.” 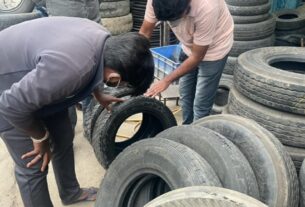 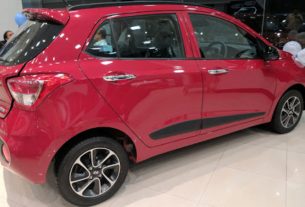