Working parents are concerned about the productivity of their children in summer vacations.

The number of summer camps, for children between the age group of two to five are comparatively less when compared to other age groups. Working parents in Bangalore fear that allowing their children to stay at home will hamper their growth and development.

Aditi, a design professional, has a three year old daughter who like all the otherchildren of her age was mostly indoors for two years due to the pandemic. “They did not get the opportunity to go to play school or engage socially outside their homes. Sadly, the pandemic increased their screen time as it was the only medium for engagement and entertainment,” she said.

Once the lockdown was lifted, Aditi started to look for ‘interesting activities’ for her daughter’s summer holidays. “To my surprise, there were hardly any activities designed for this age group. Most of the activities are designed for five to seven year olds.”

Avinashi, from Flux summer camps in Indiranagar said that there is a need for extra care and extra helpers for the children from this age group. “It is difficult because most of these children are not potty-trained.”

Sushil Kumar, an educationist, said that there are a lot of life skills and soft skills which can be learnt at home. “It is a misconception that only summer camps can help them. These days almost everything is online and there is no need for the child to go out in the scorching heat.”

However, Manoj, a psychotherapist explained that logical and analytical powers start developing only after the age of seven. Children under the age of five attract anything creative and physical. “Handing them a puzzle at this age is not what the summer camps should do because the critical filter is developed only after the age of eight,” he said.

He added, “When children are at home during the summer vacations they are exposed to their parents’ conditioning. At this age, children are very eager and they seek individuality which is only possible among children of the same age.” 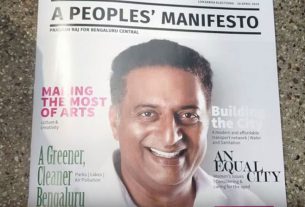