More than 1,700 players registered for the tournament, which is highest for a single junior category tournament.

Serves, smashes, drops, clears, and drives were all on the show at the All India Junior Ranking Badminton Tournament -2022 in Bangalore. Players on the court broke sweat to win points. Few players were warming up just outside the court. Coaches were giving tips to their trainees. And parents were making their way in the gallery to watch their kids play.

The qualifying round of the tournament, held at Padukone-Dravid Centre of Sports Excellence, witnessed the highest number of under-19 players registered as shuttlers from around 22 states visited Bangalore for the tournament.

The main round of the tournament started on Tuesday noon with 64 players in the Men’s and Women’s singles category and 32 teams in the Men’s, Women’s and Mixed Doubles Category.

32 players in singles category and 16 teams in doubles category were given a direct entry to the main round while the other half were selected through the qualifying round.

The ranking tournament is being held after a gap of almost three years as the last tournament was organized in 2019.

“We had not been able to play or train more during the previous two years due to Covid-19. If not for Covid, we would have made a direct entry to the main round,” said Kritika a doubles category player. Kritika, 17, from Haryana participated along with her partner Prutha, 18, from Maharashtra.

They lost in the last qualification match and couldn’t qualify for the main round. But they didn’t lose their spirits. “We will focus on the areas we could make improve and come better prepared in the next tournament,” Prutha said.

Joshi also said that around 1,725 players participated which is highest ever for a single category [under-19] event. “Earlier we would witness around 1,200 to 1,300 entries at the maximum.”

As the tournament was held after three years, players from younger category as well participated in the under-19 category. “They wanted to get their rhythm back and see where they stand at this level. But the organizers matched up the lower-aged players against each other in the qualifying rounds and only those who survived played against the seniors,” Majesh Prabhu, a senior coach with Padukone Sports Management said.

Such higher participation also prompted them to organize the tournament here at the Padukone-Dravid Centre of Sports Excellence. “They have 16 badminton courts here. Considering the number of participants, we needed to organize it here. Very few other centres have a capacity to accommodate so many players,” Joshi said.

“This has to be the best infrastructure that I have played in over last four – five years,” Prutha said.

The players, albeit were not happy with the state board’s support. “I am ranked fourth in Maharashtra, but I am not supported in any manner. Even when I won, I got the trophy and an award of 3,000 to 4,000 and nothing else. There are funds allocated but they do not reach the players,” Prutha said.

Even private sponsors have stopped financing the players after Covid. Nike sponsored Prutha, while Kritika was Adidas sponsored. Prutha said, “We were being sponsored during our under-17 days. But they ended the agreement during the lockdowns. We might get some sponsors back if we perform better going forward.”

Prashant, Prutha’s father was also unhappy with the government’s support. “We are on over own whether it is training, financing or anything. The government should take initiatives from the grassroot level. Private companies should also sponsor to encourage them financially. Only parents cannot do everything.”

However, tournament sponsorships come quite easy. Yonex, Sunrise and the Union Bank of India sponsored the event. “It is easy as there are corporates who are willing to spend the money and promote sports, but it is difficult because they keep a close look on how their funds are being spent,” said SriHarsha Bade, General Manager at the Padukone Sports Management, the managers of the event.

The tournament was organized after a two year hiatus. While the policy on face masks was liberal, crowd gathering was restricted. Only one person was allowed to accompany the players around the court. “We had to control the crowd to get together. The umpires also needed to control the play area and hence more people could not have been allowed. But we allowed more people to watch from the gallery,” Bade explained.

The players were not happy with such restrictions. “At least three people should have been allowed. A parent to support us morally and coach to share tips during the match. They also didn’t allow us to shoot [videos], which we could have used subsequently to understand our game and mistakes,” Kritika said.

Amidst all the hurdles, the players continue to give their best and grow their game. During the mid-time break, players were seen practicing for their main rounds. “Badminton is second most viewed sport after cricket if you see after the 2016 Rio Olympics. And we are trying to prepare a strong bench for the international badminton team. The government is also promoting sports now,” Joshi said. 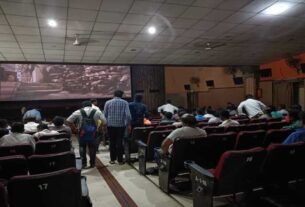 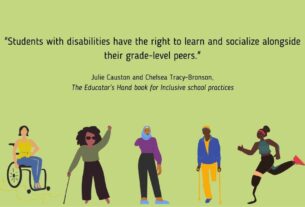