Since its legalization in 2009, algorithmic trading has evolved significantly but due to unregulated algo trades, market manipulations pose a threat to transparency.

Algorithmic trading has become popular in the Indian market, despite the accompanying risks. The recent National Stock Exchange (NSE) co-location scam illustrated the dangers of algo-trading and highlighted the need for regulation. Half of all trading in the country is now based on algorithms. This is up from 32 percent of all trade in 2010.

Algo trading was a part of recent discussions, wherein in 2018, a certain group of traders was allegedly given unfair access to NSE’s algo trading platform to make deals earlier than other traders. for

“Such scams are a result of policy paralysis as our nation has always been under the curve and is always catching up when it’s too late,” said Dhruv Sharma, a public policy expert in the business.

Algorithmic or automated trading refers to buying and selling shares automatically by feeding particular trade parameters to an algorithm. Trade for buy and sell orders are placed automatically when the decision criteria are met in the stock market.

Whereas, manual trading requires a trader to monitor the stock market charts and take actions to buy and sell shares manually when trade strategy conditions are met.

“Institutional investors make up for 40 to 45 per cent of algorithmic trade in the stock market while trading by individuals is five to seven per cent,” said Ayush Gangwar, founder at Kuants, an algo trading software company.

“The increase of algorithmic trading in the stock market is mainly because of the evolution of technology. Moreover, it can execute trade orders with better accuracy,” Gangwar added.

“This type of trading helps a trader to conduct their trade in a more disciplined manner compared to manual trading. It cuts off last-minute emotional interventions or hiccups to place an order because the process is automated. Moreover, its accuracy of placing trade in milliseconds gives it an edge. In the stock market, deal prices change a lot within milliseconds due to fluctuating share prices. Cutting a deal through those thin margins is where algo trading becomes beneficial for a trader,” Gangwar further said.

“But people are yet to discover the concept of algo trading. Moreover, people have various pre-convinced notions that it is a complex procedure to trade with,” Gangwar said.

Traditional brokers think that algorithmic trading can only be beneficial for professional or institutional traders and not individuals. Mitesh Shah, a stockbroker said that instructional algorithms to place orders are risky for individuals as they can make mistakes of pressing or punching wrong buttons and algo codes. “This could lead to heavy losses. Moreover, traders who have to make fast decisions during market hours cannot afford to risk these errors, when a triple check is required for algorithmic trading,” Shah explained.

Additionally, for long-term investors and occasional traders, algorithmic trading would not be beneficial. Prantik Sengupta, an investor in the stock market, said, “I do not indulge in intra-day trading and that is where algorithmic trading can be beneficial. It is a brilliant technology as it can handle huge volumes of capital. And profits are greater here compared to manual trading; the future is algo.” said Sengupta. “At the same time, regular trading is to stay for people like him, who just wish to hold long term positions in the stock market and not actively trade in it,” Sengupta added.

Similarly, Jagdish, a bank manager and a long-term investor said that he was not aware of such a concept initially. But he believes that for holding long term positions or trading occasionally, algorithmic trading is not required. “It is only for people who indulge in everyday trading habits like a professional,” he further said.

Algorithmic trading is not regulated in India. SEBI had proposed several recommendations in 2018 like the allotment of a unique identifier for each algo by the stock exchange. Moreover, in 2021, SEBI had brought out a consultation paper stating that the stock exchange should have appropriate risk control mechanisms to address risks in algo trading. It observed the risks like third-party algo providers being increasingly used by investors (especially retail investors) and these algos being deployed without taking approvals from the exchanges. Hence, such unregulated algos pose a risk of market manipulation.

Sharma said that the increasing penetration of algorithmic trading in the stock market indicates that there is a need for a concrete regulatory policy by SEBI for transparency.

“The biggest challenge with unregulated algo trading is market manipulation. Since algos are not authenticated or given a unique ID, it is difficult to trace back trade details or the creator of the algo during the faulty functioning of codes in the market,” Sharma said. “Moreover, they could not even complain to SEBI because there is no regulation or grievance redressal mechanism yet for algorithmic trading,” Sharma added.

“Maybe if someone incurs a very heavy loss, or a code fails for a huge amount of money, the government will take immediate action of policymaking. It has made efforts to address the issue and has been working on recommendations with the brokers, exchanges, and the people, but nothing concrete has come out yet,” Sharma added. 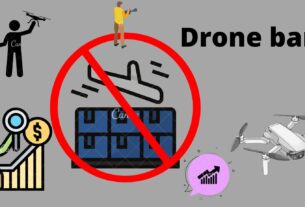 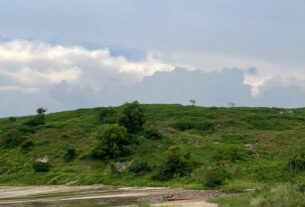