The right to wear hijab cannot be traced to freedom of expression, the court argued.

Bengaluru: A three-judge bench of the Karnataka High Court on March 15 has ruled the hijab is not “essential” to Islam. The court has also upheld the ban on wearing hijab inside educational institutes across the state.

In January, six hijab-clad Udupi Pre-University college students were barred from entering a PU college in Udupi sparking a series of protests across the state.

The issue snowballed, and the students had moved the high court citing Article 14 (equality before the law or the equal protection of the laws), Article 19 (freedom of speech and expression), and Article 25 (freedom of conscience and free profession, practice and propagation of religion) of the Indian constitution to challenge the ban.

Today, a bench comprising Chief Justice Ritu Raj Awasthi, Justice Krishna S Dixit and Justice JM Khazi asked before the court whether wearing of hijab is part of the essential religious practice of Islam and whether the state interference in such matters is warranted.

The Advocate General appearing for the State argued that wearing of hijab does not fall within the essential religious practice of Islam. He said that the right to wear hijab cannot be traced to freedom of expression under Article 19(1)(a) of the Constitution and that the Government Order dated February 5, 2022, empowering College Development Committees (CDCs) to prescribe uniform aligns with the Education Act.

Speaking to reporters, BC Nagesh, Minister of Primary and Secondary Education said, “We will try to win the hearts of those girls who were ‘misguided’. We will try to bring them into the mainstream of education.”

Karnataka Chief Minister Basavaraju Bommai had asked the people to abide by the verdict of the High Court on the Hijab row and cooperate with the state government in implementing it.

Imran P.J., Media and PR Secretary, Campus Front of India and advisor to the petitioners, however, said the Karnataka High Court verdict is unconstitutional promises to move the Supreme Court by next week.

Nausheen, a student in Bengaluru said the constitution permits her to wear whatever she wants. “More than the hijab, I believe we should concentrate more on the education of minorities in India,” she added.

Prohibitory orders under Section 144 of the Code of Criminal Procedure have been imposed in parts of Karnataka, including Bengaluru, till the night of March 21. 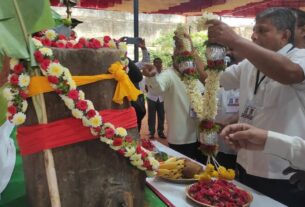 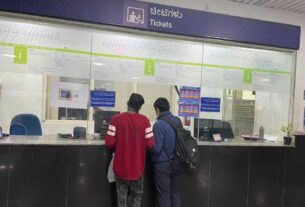 Namma Metro to move to QR-ticketing amid UPI woes