Airport Corridor is planned to be completed by 2024 but no construction work has begun yet, activists said.

Shrinivas, a J P Nagar resident has to go through muddy construction works, irregular road diversions, and hyper high traffic tensions to reach the airport on time. He has to leave about three hours before the boarding time to travel a road which would have been one hour with the airport corridor. But, there is no hope for him, yet.

Having Namma Metro Airport Line (Blue Line) as well as BSRP’s Airport Corridor together is not “economically feasible” for thegovernment, Rakesh Singh said and therefore, they are prioritizing the construction of other Suburban Rail’s corridors.

Amit Garg, Managing Director, K-ride said that the magnitude of the project is high, therefore it is taking time to start but it would be completed by 2026.

Mohan G, Manager, K-RIDE said that the construction of the Airport Corridor will start only after the completion of the other three corridors.

According to the Ministry of Railways (MoR) Memorandum for the sanction of BSRP, dated October 2020, this project is funded at an estimated cost of Rs. 139,926 crore by MoR and the Government of Karnataka. Both the parties provide their equity of share through K-RIDE, a joint venture company.

Rajkumar Dugar, Activist, Citizen for Citizen said, “About 500 out of 2190 days of the project duration are already over but not a speck of dust has moved on the ground.”

Dyamannavar said that the Namma Metro Airport Line (Blue Line) will serve the South-Eastern, Eastern, and North-Eastern parts of the city and BSRP’s Airport Corridor will cater to South Western, Central and North Western parts of the city. He added that the metro link is not expected to be ready before 2028, whereas BSRP’s Airport Corridor is planned to be ready by 2024.

Dugar states two reasons for prioritizing the construction of BSRP’s Airport Corridor. One — the number of daily footfalls at the airport are going to increase in future. Two — Terminal 2 of the Kempegowda International Airport (KIA) is almost ready and will open soon to expand the airport and help it run in a double capacity.

Dugar added that the people who travel from trains and buses to reach Bengaluru to commute to KIA can board Suburban train from Yeswantpur and KSR City Railway station.

Also, the metro will take one and a half hour from Central Silk Board to KIA as the distance is 58 km whereas suburban train will take one hour from KSR City Railway Station to KIA as it is a 41 km railroad, Dyamannavar said.

A recent TomTom survey found two Indian cities among the 10 in the world with the most traffic congestion. According to the TomTom Traffic Index 2019, Bengaluru topped the global list.

Anil Kumar, another director of K-RIDE, and the Additional Chief Secretary of the Infrastructure Development Department said that they have issued the tender for Corridor II and the evaluation process is going on. The construction will probably begin by the end of March 2022, he added.

He said that the estimates of the remaining corridors are ready and the bidding for issuing the tender will begin soon. 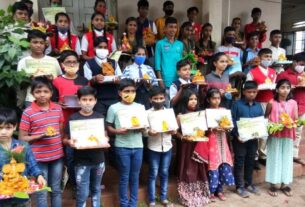 Turmeric Ganeshas popular, but no record 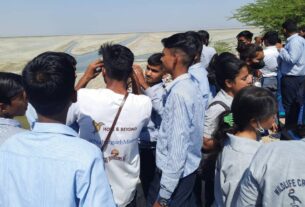