Many women construction workers who applied for maternity benefits never got the money.

The KSBCWF protested at the Karmika Bhavan, Dairy Circle, Bannerghatta Road, Bangalore where the female workers complained that many eligible women workers did not receive money after the birth of their child.

Garakesha, 35 a female worker said that she gave birth to her  child two years ago and applied for the maternity benefits but never received the money.

According to Rule 43 of Maternity Benefit allowance, a registered woman construction worker is eligible to get Rs. 30, 000 for a girl child and Rs. 20, 000 for a boy child but only for the first two deliveries, said Dayanand, president of KSBCWF zonal committee.

The Karnataka Building and Other Construction Workers’ Welfare Board, Kalyan Suraksha Bhavan, provides maternity benefits to eligible female construction workers. K S Laxmi, president, Bangalore south, KSBCWF said, out of 19 benefits only 10 are implemented.  “None of them is met at the ground level,” she added.

Laxmi, 37, another female worker said that many women do not  have labour cards therefore they are not eligible for  maternity benefits.

For the people who have cards and have applied for it, the officials have to inspect before giving out the benefits but they never come, she said.

Bhavya, 26, a male worker said that they want the extension of the maternity benefits to the male workers. He said he paid Rs.30,000 for the birth of his baby. “I didn’t have money; I took loans from people to pay the hospital bills when my wife gave birth to our child six months back,” he added.

Shivputra Baburao, Joint Secretary at Karnataka Building and Other Construction Workers’ Welfare Board the said he will ensure bus pass for the workers, scholarship for workers’ children and Covid relief of Rs. 3000 to construction workers. He said that other demands will be discussed and considered in the meeting with KSBCWF. 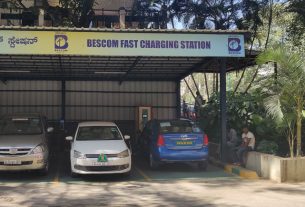 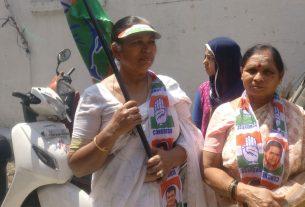