Several groups of farmers are sitting at toll plazas supporting the farmers’ protest in Delhi amidst the lockdown in the state of Haryana.

Haryana: Groups of farmers continue to protest on highway toll plazas in Haryana despite the state-wide curfew.

Since late 2020, farmers from wheat bowl states have been protesting at the borders of Delhi, the national capital. They have been demanding that the central government repeal the contentious agricultural reform bills.

Over a hundred farmers have been protesting everyday at Saini Majra Toll Plaza,  near Kurukshetra since December 2020, for over 130 days.

Manjeet Choudhary, one of the protesters said that they are following the COVID-19-appropriate protocols during the protest, and said that they will not go anywhere until the government listens to their demands.

“The numbers (protesting farmers) have increased on Delhi borders. It went down when farmers had to go to their fields for harvesting wheat. But, now since the harvesting season  is over, farmers are back to Dharna,” said Choudhary.

The toll plaza, according to Choudhary, has been shut since the day they started protesting there. Every single toll plaza in Haryana is now occupied by the farmers. “Though the number decreases in the night, as by four or five o’clock, they start going back to their work whatever they have to do and come back in the morning,” he added. The protest is continuing 24×7. At least eight to 10 people are always present at the protest site.

The three farm bills which agitated the farmers in September 2020 are The Farmers’ Produce Trade and Commerce (Promotion and Facilitation) Act, 2020, Farmers (Empowerment and Protection) Agreement on Price Assurance and Farm Services Act, 2020, and Essential Commodities (Amendment) Act, 2020.

In the wake of rising Covid-cases in Haryana Health Minister approached the Union Agriculture Minister to start the discussion with farmers so no one protesting on the borders could suffer. However, no discussion has so far taken place.

The problem, said Damodar Prasad, an agriculturist, and a senior journalist, is with the current government. It is not bothered about the farmers and is a pro-private corporate. The Haryana government is being the puppet of big corporate companies and not supporting the farmers’ agitation.

“Agriculture is a state subject still, the government didn’t consider the state’s role while making such a decision,” he said. “ It, at least, should have involved the main stakeholders (farmers unions) in the discussion.”

The protest is limited to the state of Haryana, Punjab, and western Uttar Pradesh and no other state is participating. “It is not easy for the farmers from South India or any other part of the country to go to Delhi borders and protest and come back empty-handed,” said Prasad.

But, farmers from Haryana are certain about their decisions of staying at Delhi borders and different toll plazas conducting protests. Choudhary said that the farmers have planned their next season (rice cultivation) for the protest already. 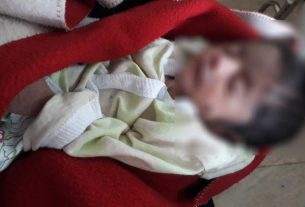 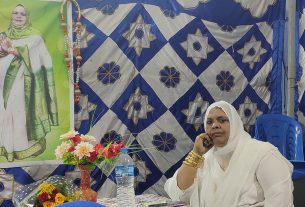