Karnataka corn farmers are shifting to vegetables like tomatoes, chilies and cucumbers for larger gains.

As Albert Einstein once said, we cannot do the same thing over and over again and expect a different result. Manoj has been cultivating corn for four years in K Golahalli and getting Rs 10-15 per kg for it. When he decided to change things up by growing vegetables, he made a profit of Rs. 10 per kg. Like Manoj, many farmers are shifting to growing vegetables for higher gains despite the high demand for corn.

Manoj said, “I stopped growing corn on a huge scale. I grow it only once in a year now because the supplier buys it at a selling price as low as Rs. 10-15 per kg. So I have shifted to vegetables like tomato, chili, and cucumber where I get a higher profit of Rs. 20-25 per kg with less investment and labour.” He said, “We don’t have a good idea of the market, so we sell it to the supplier.”

In K. Gollahalli, most farmers grow corn as their principal cash crop. But the profit percentage is very low for the farmers. The supplier usually gets the maximum profit by selling it to the city market. Farmers informed The Softcopy that one kilogram of corn seeds cost around Rs. 4,000 and an excess Rs. 2,700-3,000 is required for fertilizers, which is the double of the production for vegetables and flowers.

Data shows that the demand for maize is greater than all other Kharif crops in India. The demand has increased by 72 per cent since 2016-2018.

Kiran G., a supplier of maize told The Softcopy, “I buy corn at Rs. 15 a kg from the farmers in K. Gollahalli, and sell it to the city market and other suppliers at an average price of Rs. 100-140, depending on quality and demand.”

He informed Team Softcopy, “I have a transportation cost and then I have to sell it to market and that includes the cost.

The Vice-Chancellor of the University of Agricultural Science Mr. Narayana Gowda explained why growing vegetables yields more profit. “Maize or baby corn is a very profitable commercial crop as the demand is very high. But the farmers don’t get a fair price. This situation persists all over the country, so farmers sometimes shift to different crops. But growing vegetables usually bring down the production cost thus the profit is high,” He said. 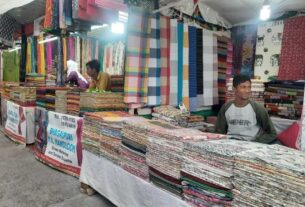 Customers turn in Rs 10 Coins; banks turn them back