Skip to content
Home | Bangalore | On the edge of the law

Though the city sees a fall in the number of robberies, outskirts still see frequent robberies, data with the police show.

Kengeri, Golahalli, Kumbalgodu and other areas in the outskirts continue facing cases of chain snatching and robberies, even as the city is 14.5 per cent safer from robberies as compared to 2017, statistics from  the Karnataka State Police show.

“A few years ago Kumbalgodu used to be one of the most dangerous places in the city. Chain snatchings, thefts, and burglaries were the most common cases we had to deal with. There were 23 robberies reported in Kumbalgodu and Ramnagara, out of the 160 in the city in September,” said Nagraj K., sub-inspector of Kumbalgodu Police Station.

Ratna S., a resident of Devagere was robbed when she went to withdraw cash from an ATM at Kumbalgodu crossing. Three men stalked her, held her at knife-point and robbed her. Her money, her wedding ring and her mobile phone were taken. “It was my mistake to go there so late (9.30p.m). I was on my scooty and they were following me on a bike, but I did not notice it until it was too late. They had scarves covering their faces. The moment I crossed Vrishabawati River, they blocked my way and held a knife to my throat. Then, they asked me to hand over all my belongings”, she said.

According to the crime statistics released by Karnataka State police, robberies have gone down, but there are several areas where it happens frequently. In 2017, there were 2210 cases registered in the state and by September, the number was 1718. In 2018, the number of reported cases went down to 2123. Until September, 1617 cases were registered. In 2019, 1469 cases have been registered till September. In the last two years, between 2017 and 2019, there has been a 14.5% decrease in number of robbery cases in Karnataka.

On November 7, around 8.30 pm, a resident of Gollahalli village was robbed near the BGS Residential School. Five muggers on two bikes intercepted him, and snatched his chain and rings, leaving him severely wounded. The victim was not available for any comments.

“They brutally assaulted the man from behind. They had bats and knives as weapons. Both the bikes’ number plates were covered with pieces of cloth,” said the security guard of BGS Residential School who witnessed the whole scene.

“The road connecting K. Golahalli  to Devagere crossing is particularly dangerous as a lot of eve-teasers, robbers and drunkards prowl at night. It is always a threat to travel on these streets alone after 9(p.m)”, commented Meheransh Bakshi, a student of Vivekananda institute of Technology(VKIT).

The road connecting Golahalli to Devagere crossing and Kumbalgodu has a lot of educational institutions, like, the VKIT, the BGS School and the IIJNM(Indian Institute of Journalism and New Media). Part of the stretch falls under the jurisdiction of Kumbalgodu Police Station, while the rest is under Kaggalipura Police Station.

“The police should emphasize this issue more. In areas where the crime rate is high, police patrol should be more frequent.. Police should be especially aware of people gathered in groups, and these groups should be questioned whenever spotted. In crime prone areas, people should avoid going out late. If it’s unavoidable, they should always stay alert and on their toes”, said Advocate R Ravi, a criminal lawyer.

Robbery is divided into nine categories according to the Indian Penal Code — Robbery at an ATM, at residential premises, on highways, in trains, at banks,at commercial places/establishments,in other places, chain snatching, and attempt to commit robbery. The punishment for this is explained under Section 392, 393 and 394 of the Indian Penal Code, 1860. The perpetrator may face rigorous imprisonment up to ten years and/or shall also be liable to pay a hefty fine. 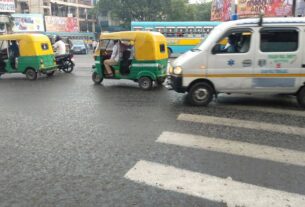 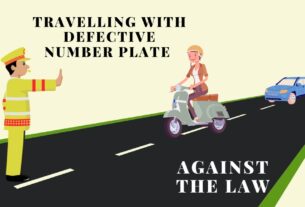 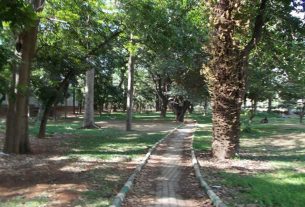