The BBMP cleared out all the illegal encroachments the previous week. Though this clearing drive was aimed to remove shops that had no trade license, the BBMP ended up disturbing all shopkeepers and customers.

“The Krishna Rajendra (KR) Market is in a state of a mess”, says GK Kuruvila, an urban planner in the city.

Suresh Shinde, a dry fruit seller says, “My shop is near the main market building, due to BBMP all the shops near me still have litter lying around them. They destroyed several shops around the complex and didn’t give us any notice to vacate the area. It was disturbing for us to stay in that area, the noise and dust were intolerable from the destruction of shops.”

The BBMP claims that the KR market has more than 2,000 shops and out of these only 39 shops have trade licences. Several illegal encroachments were blocking the path around the market. To create fire tenders around the market, many shops were eradicated.

L.Suresh, the PR officer at BBMP says, “We are planning to give KR market a makeover. Under three days we demolished more than 500 shops and removed structures that could come in the way for our newly proposed model of the market. We will clean the market in the coming month. ”

KR market is one of the oldest and busiest markets of Bangalore. Due to the BBMP demolishing and clearing out shops, many people are sceptical of going to the market. Venugopal Madhav, a regular customer at the market says, “while I appreciate the government’s decision, the market is in a bad shape. I buy fruits and vegetables for my family from the market every day. After the BBMP work, I am scared whether I should buy ration from these shops or not because a lot of produce got dirty because of the garbage and dust surrounding all the shops.”

Another shopkeeper, Mohammed Yunus says, “The BBMP came last week for this project and since then there has been no electricity in this area. Several shopkeepers are distressed because some of them have no jobs and some can’t work without the electricity. I had to shut down my shop for three days.”

The BBMP wanted to improve fire safety for the market. The various structures left behind by BBMP are grilles, platforms and awnings. Kuruvila adds, “The planning and execution of the demolishing were poor. Nobody has the right to destroy shops like that and leave a place with filth for others to suffer. The BBMP should be held responsible for such shoddy work because leaving a market area with remains of grills, ceilings, and mortar causes trouble to other people.” 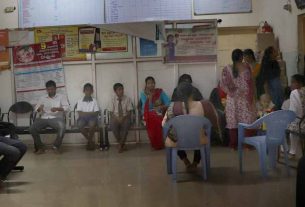