The taluk of Hoovina Hadagalli receives midday meals from the government that are incomplete in terms of nutrition and quantity.

Bangalore, Nov.21, 2018: The taluk of Hoovina Hadagalli is formed of some 170 villages and has 160 government schools. Out of those, only 20 receive monetary aid. They receive 60 percent funding from the central government, and the rest from the state government.

There are 454 workers assigned for the preparation of midday meals over the taluk, who cook the food for the children studying in these government schools. They are paid Rs. 2,700 if they cookand Rs. 2,600 if they help with the cooking. Per month

The state government provides the cooks and helpers with the cereals, dal, rice, and cooking oil. For the vegetables they are supposed to provide money. Mahaboob, a Kannada and Hindi local reporter in Hoovina Hadagalli, says that – “Midday meals are quite a regular thing in the schools here. Meals are served on time to the children every school day. But yes, there is some lack in the nutrition of the food that is provided. Rice and sambar is a regular thing which is served by default, but vegetables or sweet dishes are a total scenario all together or at least, I haven’t seen much of it being served on a regular basis.”

The Dean of GHPS School, Priyadarshini S, says, “The midday meals are not cooked here (in the school). There is no facility to cook the food in the school itself. The cook gets the food cooked in her own house and then brings it over to the school during the lunch hour. Kids only get rice and sambar. Teachers have rice, roti, salad, sambar, vegetables, and some sweet drink.”

The GHPS School has a head cook named Mahantamma and two assistant cooks named Damavva and Saraswatamma.  They emphasized on how they have protesting for the past few years, demanding a raise in their respective salaries, but every time they just get an increase of only 100 or 200 rupees.

They don’t do different varieties of recipe because they only get dal,rice and oil from the government The money they get to buy vegetables is not enough to prepare different foods.  They cook sambar and rice for five of the school days, then for one day, it is a different meal.

In 2016, there were 25,527 students and in 2017, there were 25,769 and in 2018, there are 25,195. The apparent reason for the decrease in the number of students is because many are preferring private schools for the quality of the education they require, and also the meals that are being provided as part of their schooling and their rights. Their parents struggle as their occupation is mostly in agriculture

Dr. Virupanna, head master of Hagadanuru School and Veeranna Naik, Gram Panchayat Head and told The Softcopy newspaper on how the issue of lack of nutrition has been a problem with the children. 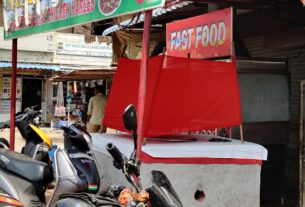 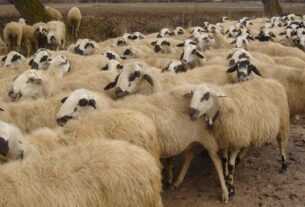 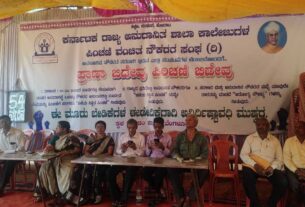