Despite the fervor of the National Library Week, libraries in Karnataka remain understaffed.

National Library Week’s closing ceremony was held at the Vijaynagar Central Library today with the main emphasis on felicitating those who have made great contributions in the development of public libraries around Karnataka. The function was inaugurated by the MLA ( Member of Legislative Assembly) V. Somana.
Despite the celebration and the felicitation ceremony, the issue regarding the lack of staff in libraries lingers. R Shivanna, who received an award from Karnataka State Library Association for his outstanding contribution and dedicated service to the field of library and Information Science said to The Softcopy newspaper – “There are a lot of loopholes in the way Bruhat Bengaluru Mahanagar Palike functions and how its misconduct reflects negatively on the libraries. The best example of this is the lack of staff in libraries. BBMP misses out on paying taxes and funds on time whereas, on the other hand, some people, who have the urge to develop the existing library system have come forward to donate money. Some people even mortgage their own lands for the survival of these public libraries. You will find many such patrons in the various taluks of Karnataka.”.
The Karnataka Public Libraries Act, 1965 is an act that provides for the establishment and maintenance of public libraries in the state. Unfortunately, the library in Hampinagar in Vijayanagar lacks public library staff. This was confirmed by Shivaling Dodamani, the Library Assistant at the requisite Department.
“There has been no chief librarian in this library for days and the entire management is being looked after by the Deputy Director of Public Libraries in Bengaluru”. However, the water is not all murky. “High-technology schemes are essentially the future of libraries. E-library system has already emerged and in four years, the whole of India will be digitized.” Shivanna remarked. “It is not that the Karnataka Government and the Public Library Department is not doing any work for the betterment of the libraries.
That said, it’s time they pull up their socks and improve their work ethic. The functionaries involved ought to enable employment opportunities so libraries can turn out to be far more resourceful”, he remarked.
Tagged library 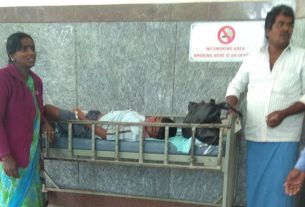 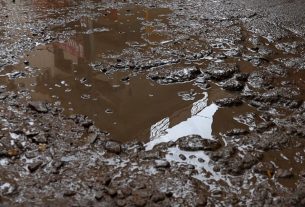 Nine-step methodology down the pothole

6 thoughts on “Staff Shortage in Public Libraries in Karnataka.”