A 70 per cent safeguard duty being mulled could reverse last year’s crash in prices.

Bangalore, April 9, 2018: Solar energy prices could spike significantly, up to Rs. 3.30 to 3.75 per kilowatt hour, if the proposed safeguard duty of 70 per cent on solar modules—mainly imported from China, Taiwan, and Malaysia—is implemented.

While a crash in solar panel prices last year aided the fall in solar tariffs, the proposed safeguard duty coupled with the application of varying customs duties at different ports could spike the solar tariffs to Rs. 3.3 for a kilowatt hour of power according to India Ratings, a prominent credit rating agency.

In January 2018, the Directorate General of Safeguards (DGS) had proposed a safeguard duty of 70 per cent on imports of solar equipment from South East Asian countries—mainly China, Taiwan, Malaysia. This came on the back of a petition from the Indian Solar Manufacturers’ Association (ISMA) which raised the issue of imported solar modules being much cheaper than domestic modules which they argued hurts domestic manufacturing. Adani Group, Tata Power, and Vikram Solar are some of the biggest Indian solar manufacturers leading the petition.

Another estimate pegs the post-duty solar tariffs at 3.75 per unit, 31 per cent more than the historic low of Rs. 2.44 per unit seen last year.  “The 70% safeguard duty proposed will also inflate project costs by nearly 25% and crank up viable tariff to Rs 3.75 per unit from around Rs 3 estimated earlier, making solar power less attractive to discoms (distribution companies). That would also be more than the average power purchase cost of 10 out of 14 discoms (distribution companies) last fiscal”, Subodh Rai, Senior Director, CRISIL Ratings, had said in a press release soon after the announcement of the duty.

Ankur Agarwal, an analyst at India Ratings, said “A portion of the industry thinks the proposed safeguard duty of 70 per cent is extreme. “In our view, 70% duty can increase the tariffs by 85 to 90 paisa per unit which is quite high and may not be applied. Even if the same is applied in future (one to two years down the line), the same may be to the extent of 30% only (as domestic panels currently as 25 to 30% costlier than their imported counterparts).”

Mudit Jain, a consultant at Bridge to India, explained the background behind the safeguard duty “Indian manufacturers have very little share in open market sales in past 4-5 years.  One obvious reason for this is that Indian manufacturers are not competitive. But this was largely driven by dumping and huge government subsidies from China. Over a period of time, Chinese manufacturers have built scale and upgraded their manufacturing. But India didn’t follow suit because the industry lacked support.”

There are alternatives to imposing safeguard duties. Mudit Jain explained “There is no easy fix. Government is indeed looking at the protectionist measure of imposing safeguard and anti-dumping duties. A more workable solution in this direction would to create a supportive ecosystem.” Incentivizing domestic manufacturing could make India competitive and promote exports in the process, Mudit added.

If a hefty safeguard is implemented, while domestic solar manufacturers will stand to benefit, domestic solar developers could take a serious hit. “In 2017, around 4GW of solar projects were auctioned and these would be under implementation now. Typically, orders for modules are placed with a lead time of one year. Assuming 1 GW of excess inventory to be in transit, about 3 GW of capacities would be yet to tie up their module requirements. These projects were auctioned at low tariffs, so any rise in equipment cost after the safeguard duty would crimp the cushion that developers have to service debt,” CRISIL had said in a press release.

The ISMA has withdrawn its petition and plans to file a fresh one to reflect latest trade figures (July to December, 2017) which show increased imports from China, Taiwan, and Malaysia. “As per our understanding, the case with Directorate General of Safety is closed as of now and may be filed again with some modifications in future,” said Ankur Agarwal.

However, last week, the ISMA reaffirmed its request for a safeguard duty and has strongly favored the 70 per cent safeguard duty in a letter to the government. 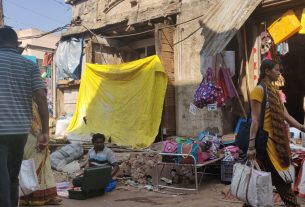 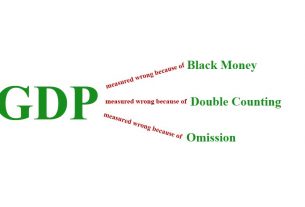