More than Rs. 200 can be charged if a vehicle is parked on the pavement.

Bangalore, March 22, 2018: Vehicles are continued to be parked on pavements across Bangalore inconveniencing pedestrians despite repeated warnings from the traffic police.

For instance, in Seshadripuram, two wheelers are parked on the pavement making it difficult for pedestrians to walk. Also, there is no parking lot in front of Cubbon Park Traffic Police Station forcing riders to park on the pavement. This scenario is not only visible in these areas but across Bangalore. According to Sec 283 of IPC, a fine of Rs.200 can be imposed on vehicles which are parked on pavements. The Bangalore Police has been giving several warnings over the years but still vehicles are being parked on the pavement.

“I have to park on the pavement because it is not possible for me to park on MG Road and come to work in Cubbon Park. So there is no other option for me.” said Aleen Jacob who regularly parks his bike beside Cubbon Park Traffic Police Station.

The problem is not limited to commercial areas but applies also to residential areas. For instance, cars are parked in front of house gates in Indiranagar  2nd Stage, Harlur Road and also in Mantri Square. This makes it difficult for residents to pull out their cars.

Commuters want vehicles off the pavements so that they can walk freely. “I don’t understand why the traffic police do not impose fines on these vehicles. BBMP should create proper parking spaces in Bangalore so that the two wheeler vehicles can park their vehicles there. Instead of using the footpath I have to use the road for walking and Bangalore being a busy city it is very difficult to walk on the road, said Anirban Lahiri, a commuter.

Chinnappa, a traffic police cop said, “I have caught many times people parking on the footpath. They prefer to pay the fine instead of going and parking in the parking space. They say that fine is less and it is easier to pay the fine.” 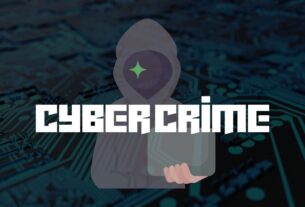