Harish Mallani’s father, a farmer, went missing one day in Chamarajanagar district. The family filed a missing report with the police. After 10 days, they received an answer.

“My father’s throat had been slit. The body had been burned almost beyond recognition,” said Harish.

He applied for compensation of his father’s death under the victim compensation scheme within a year of the crime. As per the law, he was supposed to receive interim compensation within 24 to 48 hours of the report. However, they received a compensation of Rs. 8.25 lakhs in two installments after almost two years of the crime. Justice is still a far-fetched reality for the family. “There has been no hearing of the case in the court yet and the accused are still out on bail,” Mallani said. The compensation also arrived too late to be of any help in the proceedings.

According to a study, the victim is a forgotten party to the criminal justice system. “The system punishes criminals as the victims cannot do it themselves,” states the report. However, in terms of compensation, the victim and the state are at odds.

Yogita Bhayana, a women’s rights activist, and founder of People’s Archive of Rural India (PARI) network, said the compensation is a temporary relief given to the victim or the dependents of the victim.  “It is supposed to help the family or the victim with the payment of medical tests, travelling, etc. Delays are not helpful here,” she said.

A victim’s right to receive compensation is recognized under the Code of Criminal Procedure (CrPC), 1973. According to section 357A of the CrPC, the state is required to provide compensation to the victims through a victim compensation fund created for the same purpose.

According to data from KSLSA, in 2020-21, the government had released Rs. 9.5 crore to the KSLSA for compensating 379 applicants under the scheme. However, many more applicants are waiting to be compensated, said Siddaraju, conveyor of the National Dalit Movement for Justice.

“The government’s red-tape is a major problem. When people have just lost their family members, they do not get immediate relief. Instead, they are sent to various offices with multiple forms—it’s as though we have forgotten what compensation is for,” he said.

Process under the scheme

According to the study, the basic condition for grant of compensation is that the victim must have suffered loss or injury because of the crime. “Karnataka stipulates a time period of 48 hours for reporting the crime as a condition precedent to grant of compensation under clause 6(2) Karnataka Victim Compensation Scheme, 2011,” the study stated. This precondition is a serious problem for the victims, especially if they are unable to report the crime within this time span for any reason.

Bhayana said that the compensation should be provided within 24 to 48 hours of the crime being reported, but there have been cases where even after six years no compensation has been given to the victim. The amount given to the victim is used for medical tests and treatment, attending court proceedings, and other circumstances which might arise out of the crime, she added.

While applying for the compensation, a copy of the First Information Report (FIR) is to be attached according to clause 7 of the 2011 scheme.

Bhayana said, the application first goes to the Investigating Officer, then it goes to the Station House Officer (SHO) for signature but eventually it gets lost in the process. Approximately 90 percent of people don’t know about the compensation scheme, she added.

The Victim Compensation scheme has the whole system in place, but it lacks awareness amongst the victims and their families, she said.

Bhayana also mentioned the importance of the role of police and other officials for better functioning of the Victim Compensation, as most of the people only get compensation because they are associated with a Non-governmental organization (NGO). 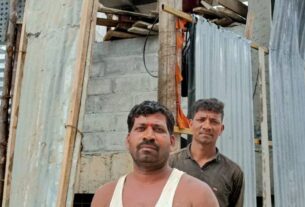 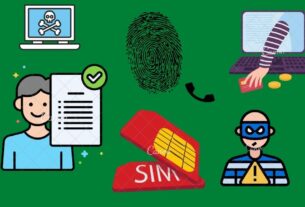