Most job cards in K. Gollahalli village in Southern Bengaluru are inactive, with few being employed in 2020-21, shows this year’s government data.

He said that only 10 percent of the local people have applied for the job cards, of which 18 percent proceeded with the application. The applications are so few because the government pays a wage of Rs. 291 per day which is credited in the worker’s accounts after 90 days of work, he added.  Karnataka government’s notice in 2019 states that Rs. 441 has to be given to workers in agricultural fields.

The MNREGA website said that 292 job cards have been issued for 310 applications under the MNREGA scheme in the village. The village has a population of 16,137, according to the local gram panchayat. The panchayat officials said that the scheme in the village focuses on employment in agriculture and horticulture fields. The number of job cards issued remains under 300 since 2018.. .

The MNREGA scheme was introduced all over India in 2006. It focused on providing willing unskilled workers guaranteed 100 days of employment. The local panchayat would provide an applicant with a job card within 15 days of application. A job card makes a person entitled to a monthly wage as unemployment allowance, if he doesn’t get any work within 15 days of application. In Karnataka, the total numbers of job cards issued are around 70 lakh with 174 lakh of total workers registered and 43 lakh active job cards. The Karnataka government has allocated a budget of Rs. two crore for this scheme, in 2021. A portion of this money is used for creation of assets and rural development. 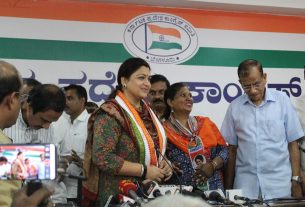