Bengaluru-:   The empty chairs at Annapoorneshwari Tiffin center, a small eatery on Cottonpet Main road wait for diners in vain. The place used to witness 50-60 people in a day, but hardly anyone turns up now. Not only in Cottonpet, but small-scale restaurants across  Bengaluru tell a similar story.

While the large-scale restaurant and café owners are beaming with happiness and hope as their business is recovering at a good speed after lockdown, small-scale restaurants and tiffin centers are still struggling to make ends meet. Vinay, the owner of Maruti Tiffin center had to shut down his tiffin center at Electronic city, phase-1, Bengaluru, and move out. He said, “I sustained a loss of Rs.1,50,000 as people stopped coming even after the lockdown was lifted.” He added that now he has opened a new restaurant in his hometown, Belagavi.

“Business time”, not yet for small-scale restaurants in Bengaluru.

Imtiyaz Ali, owner of  Jasmin Tiffin Center and Venkata, ownerof Sri Lakshmi Balaji Restaurant at BTM Layout, had to close their shops. Imtiyaz said that he had a loss of Rs.10,00,00. Similarly, Venkata said he had to sell his restaurant to a big restaurant owner for Rs. 5,00,000.

Murlidhar B., owner of New Govinda Rao Military and Jayesh owner of Shri Sai Upahara restaurant at Cottonpet Main Road , said that they used to earn around Rs.20,000 per day earlier but now they hardly earn Rs.8,000 per day. Murlidhar added that earlier they used to have 20 employees but now the restaurant is functioning only with six employees. Jayesh said that the business is recovering at a very slow pace.

Owner of Gundappa Donne Biryani said, “There has been only a 10 percent increase in sales after December. Earlier we used to earn Rs.60,000 per day but now we are not even earning Rs.10,000. He added that they have reduced prices to attract customers and that employees who had gone back during lockdown have not returned yet.

Manager Kishore of Arena at Indiranagar said that they opened in January this year and are already seeing a rise in sales. He added, “After February 14 we are witnessing a good turnout in customers. We are mostly more than 60 percent full and the crowd increases during weekends.”

Nagraj of Coconut Groove Restaurant in Church Street said that the business is recovering at a very good pace. He added, “We opened in December last year and in January this year we did a business of Rs. 4-5 lakhs which was more than what we had in December and during February our sales are higher than January as for the last three weekends we were full.”

“Work From Home “, one of the obstacles in the Bengaluru Restaurant business.

P.C. Rao, President of Bengaluru Hotel Association said that, out of 24,500 hotels in Bengaluru 1500 hotels were shut down during lockdown. He added, “The main reason for restaurant business coming down is that people have lost jobs, hence there is lack of customers. Also, most people in IT companies across Bengaluru are working from home, which used to be the main source of income for small-scale restaurants.

Apoorva and Partha, two residents of Bengaluru said that they do not prefer to go to small-scale restaurants due to their closed spaces and sanitation issues.

A report says that small restaurant owners and staff are worst hit by the pandemic.

Janaki Ram, Retired Professor and Head Of Department, MBA in MS Ramaiah Institute Of Technology, said, “ The difference between the business of the large scale and small scale industry is the fear factor. Customers are more concerned about their hygiene due to Covid-19. The flow of funds of higher income group has not suffered as compared to the low and middle-class people; hence they can afford high-end restaurants.” He further added that the RBI has also said the inflationary pressure has hit the middle and low class the most, so they are hesitant to pay. 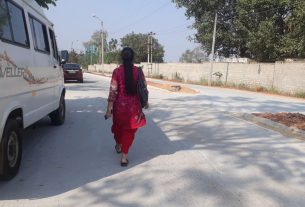 MSME inclusion of street vendors does no good

1 thought on “Big restaurants thrive while small ones struggle”