Maruti Suzuki Alto was the only car to sell more than two lakh units in India despite a 12.3 percentile decrease in automobile sale in the year 2019.

Union Finance Minister Nirmala Sitaraman blamed the millenials who, “Prefer to use ride-hailing services such as Ola and Uber… and do not want to commit to taking equated monthly instalments (EMIs),” for the poor performance of the automobile and components industry.

Despite the 26.4 percentile fall in motor sale for the Calendar Year 2019, making it the lowest in 21 years, Maruti Suzuki Alto sale crossed 2 lakh units.

For the slowdown of the automobile industry, there were multiple factors which had a domino effect on the growth as per multiple news reports and analysis. The multiple hikes in Goods and Service Tax (GST) for automobiles and Supreme Court’s order on the ban on Bharat Stage IV (BS-IV) engines from April 2020 played a significant role for the slowdown.

Among nearly 30 lakh passenger vehicles which were sold in 2019, Maruti Suzuki Alto is the only passenger vehicle which managed to sell 208,087 units all over India, and the only car to cross two lakh mark in the calendar year 2019. Alto was the second-highest selling car in 2018 with 256,661 units sold all over India. The number of units sold declined by 18.9 per cent between the calendar year 2018 and 2019.

Maruti Suzuki was the first brand in the Indian automobile industry to shift seven out of ten petrol models to BS-VI compliant engine by September 2019. Alto, Wagon R, Swift, Baleno, Swift Dzire, Ertiga, and XL6 are fitted with BS-VI engine as per the Supreme Court order. “This gave the boost in the sales and intrigued the customers to buy new cars with the latest engine regulation which will be applicable from April 2020,” said Prabhu, sales manager at Maruti Suzuki Arena. Within November 2019 Maruti sold three lakh units of BS-VI compliant cars in seven months.

On February 19, 2016, the Indian Ministry of Road Transport and Highways (MoRTH) issued the draft notification of BS-VI emission standards for all major on-road vehicle categories in India. The draft for BS-VI proposal specified mass emission standards, type approval requirements, and on-board diagnostic (OBD) system and durability levels for each vehicle category. With this proposal, the Indian Government skipped BS-V level emission standards and moved directly to the BS-VI level. This move is to tighten the amount of particulate matter mass emission limits and to reduce particle number limits for light and heavy-duty vehicles. The shift to BS-VI engines will align Indian motor vehicle regulations with European Union regulations.

Dr Shridhar Kurse, head of Automobile Department at New Horizon College of Engineering said, “Though there was liquidity in the hands of consumers, people were not spending in 2019 as there were unsure about BS-IV and BS-VI engines. Most of the manufacturers did not make changes to BS-VI engines to their existing lineup and follow the ruling of SC with new engine norms until December 2019 and this created confusion among the consumers and hindered their decision to buy new cars.”

The Supreme Court order says that BS-IV engines will be banned from April 2020 and the new BS-VI engines are to be fitted in the cars. “The shifting from old engine norms to new engine norm, along with multiple changes in GST for automobiles within a year by the GST Council, so that consumers can also think of elective vehicles as an alternative to gasoline-powered engine has forced the customers to move back a bit,” said Abhimanyu Paul, sales manager at Jeep in Kolkata.

In a press release which was published by Society of Indian Automotive Manufacturers (SIAM) on January 2020, they stated, “The segment’s sales register upward trend, overall sales down by almost 16 per cent.”

Though Union Finance Minister Nirmala Sitaraman said, “The automobile and components industry has been affected by…the mindset of millennials who prefer to use ride-hailing services such as Ola and Uber,” and “They (millennials) do not want to commit to taking equated monthly instalments (EMIs),” the automobile industry is looking forward to the Union Budget hoping for a stimulus to boost the economy. 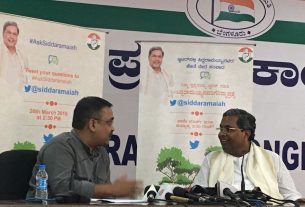 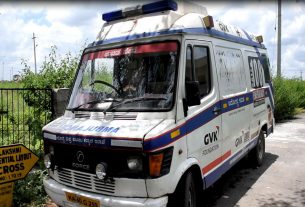 This Extracorporeal Cardiopulmonary Resuscitation Machine is Not Your Savior 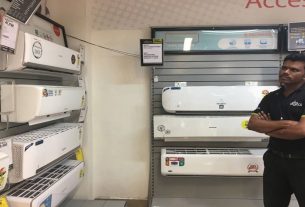 After Samsung and Panasonic, Godrej to shelve window ACs by 2020