The oldest and busiest market in the city poses a major fire risk to shopkeepers and visitors as it is yet to get the mandatory no-objection certificate from the fire services department due to its lack of fire exits.

The possibilities of fire hazards still lurk over the oldest market in the city as fire exits are still a myth at K.R. market, Bangalore. This, despite the High Court ordering the Bruhat Bengaluru MahanagaraPalike (BBMP) to clear out all illegal shops blocking the entries to fire and emergency exits within the market complex. The High Court cautioned that it would not hesitate to order closure of the market if the BBMP fails to rectify within two weeks some of the serious lapses that have been identified by the Fire and Emergency Service (F&ES) Department.

According to news reports, the court observed, “We could have ordered closure of K.R. Market immediately as the BBMP has not obtained a no objection certificate / clearance certificate (CC) for past two years despite a reminder by the F&ES Department indicating 19 serious fire safety lapses. But we are not ordering closure now keeping in mind the interest of traders, business activity, and daily wage employees depending on the market for their livelihood…”

BBMP, however, as a part of their clearance drive had cleared structures, that had encroached upon common areas to enable easy movement of fire tenders in case of an emergency, on March 29, 2019.

The drive was in response to a High Court directive on a PIL. The Bengaluru Flower Merchants’ Association had filed a PIL in 2017, challenging the setting up of illegal stalls in the public passage and fire exit areas of the KR Market to the extent of disrupting air flow that may lead to fire accidents. The petitioners contended that 95 fire accidents have already taken place in the market area. The court subsequently ordered the BBMP to install fire safety equipment and make way for fire exits at their earliest.

G.M Dewakar, President of the Flower Market Association, told the SoftCopy, “Almost around 95 fire accidents have occurred since its inception. Around 6000 people work in the shops all over the market, plus thousands of people come here for shopping. The impact of a major fire accident would therefore be of a huge magnitude. We have also asked for fire drills in the market so that shopkeepers are well versed about what to do in case of a fire emergency. The BBMP made futile attempts of moving the vendors outside and made no attempts to move the illegal shops inside the market complex.”

The Karnataka High Court, on July 3, 2019, had redirected the BBMP officials to conduct an inspection of K.R. Market along with officers of the Fire and Emergency Services (F&ES) Department and then submit a fresh status report on compliance with the fire safety norms.

“The BBMP is least bothered about the businessman’s safety. We have written numerous letters to the BBMP, only then resorted to file a PIL in the court. We want the BBMP commissioner to come down and talk to us, hear out our problems and act quickly,” Asif Pasha, President, All Traders S.K.R Market Rakshana Vedike, added.

The BBMP’s Special Commissioner, Estate, S.G. Raveendra, has however shifted the blame and responsibility to the Smart City Board who are now supposed to be looking after the redevelopment of the historic KR Market. He said, “We do not have the funds right now because this fire safety project is now being looked after by the Smart City Board. We don’t want over lapping of tenders as a result, we are holding back right now.”

Mr. Jai Shankar, Executive Engineer, Smart City, said, “We have issued various tenders for the fire safety project at the K.R. Market and have received applicants. We will evaluate the technical issues related to it and award the tender very soon. You can expect the work to be completed within a week or two.”

The fire department has expressed serious concern regarding the hazardous state of the K.R. Market.

Asst. Fire Station Officer, Mr. Venkataswamy, recipient of Fire Service Medal for Meritorious Service, commented on the issue saying, “This is a matter of real concern. In case a fire breaks out at the immensely crowded market, the fire fightersand the vehicle won’t have an easy access to the source of the fire. The entrance of the K.R. Market itself is so crowded that even visitors at times struggle to gain passage through the encroachments.” He also raised concerns regarding the lack of smoke detectors and sprinkler system inside the K.R. Market. Meanwhile the traders have no way but to continue their trade in the anticipation of proper fire exists at Asia’s biggest flower market, the K.R Market. 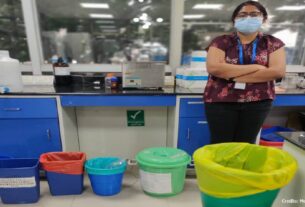 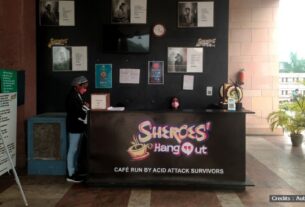