Both BBMP and BMTC are walking away from the responsibility of the defunct Kengeri bus-stand.

The old Kengeri bus stand has now become a dumping yard for garbage from surrounding localities. The nasty vapours from the piled up waste annoy the passers-by.

The Bruhat Bengaluru Mahanangara Palike (BBMP) and the Bangalore Metropolitan Transport Corporation (BMTC) are refusing to take responsibility of maintaining the bus-stand.

Coordinator of BBMP, Subramanya, says, “BBMP is not concerned with the maintenance of the bus stand. All the issues related to bus stands and their cleaning concern the BMTC.   BBMP only collects the garbage which is cleaned by the BMTC from these premises.”

The BMTC does not agree.

The Public Relation Officer of BMTC, Mr. Deepak N. said, “This used to be the Kengeri bus stand about  15 to20 years ago, but it is no longer under the ambit of BMTC. We have built another bus stand for that region. This building doesn’t belong to BMTC anymore and it should be BBMP’s responsibility.”

The residents have lodged several complaints for getting the garbage cleaned, as they have to hold their breath while crossing that area.

A shopkeeper beside the old bus-stand named Inayath said, “I have heard that this bus stand is almost 30 years old. The garbage dumped here is rarely cleaned by anyone. People residing behind the bus-stand throw garbage inside the broken building which creates such a bad stink that we have to hold our breath while crossing the place.”

He added that the last time the BBMP came to clear the garbage was over two months ago.

Another resident of that area, Mani Agarwal, said, “Ever since I have come here, the situation has been like that. We cannot even use the footpath as those boulders and building blocks extend to the road and there are chances of them falling any moment.” The Head of  Civil Engineering Department,  Rajarajeshwari Engineering College, Dr. V Ramesh, said, “If the BMTC has abandoned the bus stand long back and made another bus stand nearby, then the property automatically goes to BBMP. BBMP is responsible to deal with any property that has been abandoned, as well as the garbage.” 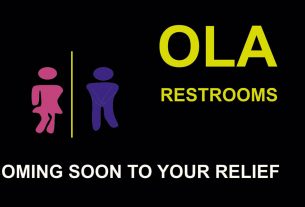 1 thought on “No man’s land, no one’s responsibility”