In clear violation of the BBMP guidelines for waste management, pourakarmikas are not collecting garbage regularly.

The pourakarmikas of Bruhat Bengaluru Mahanagara Palike(BBMP) are dumping garbage in a portion of 3rd cross service road in Kasturi Nagar. This has resulted in the place stinking.

Mr Mohan Kumar Pai, a resident of Kasturi Nagar who owns a  local shop in the area said, “I have witnessed five to six auto-carts which collect the waste and dump it near the 3rd Cross. Sometimes, it becomes difficult for me to sit in my shop because of the stink from the garbage.”

The residents have already complained to the BBMP, health inspector and citizen’s portal regarding the foul smell due to the garbage heaps.

Mr. Murugan Rathnam a resident said, “We have filed and addressed many complaints regarding garbage to the BBMP office, the heath inspector, contractors and also on citizen’s help website like ichangemycity and BBMPsahaaya.”

However, Mr. Naveen V., Health Inspector of that area, has a different take on the issue, “The problem is, there is no segregation of dry and wet waste by the residents. We have placed different dustbins for both wastes, but the residents do not use them and that leads to the stink.”

According to BBMP Contract Pourakarmikas’ Association there should 100 pourakarmikas in a particular area for the collection of segregated garbage regularly.

A pourakarmika, Devraj said, “We collect the garbage regularly from the residents and dump in the BBMP lorries but sometimes lorries are not there so, eventually we have to dump it near by the dustbins that create a heap of garbage for next day which ends up stinking.”

BBMP website states that, approximately 12,000 pushcarts and almost 750 auto tippers are being used to collect waste from households and dumped to a collection point of garbage from there it is carried by lorries, tippers, tractors and compactors to processing and landfill sites.

Mr. Naveen V, BBMP health inspector said, “Around 12 auto tippers are used to gather the waste from garbage collection point to the Landfills. We also charge fine accordingly to residents and commercial owners for not following the garbage segregation guidelines. For the first time they are fined Rs.1000, then Rs. 3000, Rs. 5000 and so on.”

Mr. Umashankar Arun an environmentalist said, “The waste management in the city is not just the responsibility of the government but of the citizens too. It’s the citizens who don’t want to keep the city clean, that is why they do not segregate the waste according to BBMP guidelines and dispose it anywhere. On the other hand, BBMP does not have proper planned dump yards, landfills and waste processing plants in the city that is one of the reason garbage is being thrown anywhere by the workers which get collected and stinks. 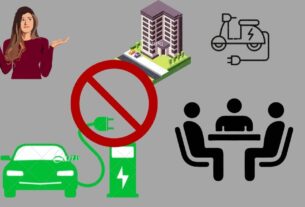 Law enforcers living outside the law

1 thought on “Kasturi Nagar wrinkles its nose as stink worsens”