Skip to content
Home | Bangalore | No Jobs for Different Individuals

Lack of proper policies and social acceptance is making it difficult for individuals with ASD to get jobs.

According to a recent report published by the Indian Journal of Psychiatry, about one in 68 children have been identified with autism spectrum disorder (ASD). There are 70 million individuals in the world with autism and 10 million in India.

Autism or Autism Spectrum Disorder (ASD) can be defined as a broad range of conditions characterized by challenges with social skills, repetitive behaviors, speech, and nonverbal communication. Autism has many subtypes. Every individual with autism has a unique set of strengths and challenges. ASD is the fastest growing developmental disorder around the world, including India. Autism can be detected as early as 18 months. Early intervention can create positive differences in people’s life with autism.

Lack of social acceptance about autism in society has given birth to a plethora of challenges for autistic individuals. Getting a job is one of the major roadblocks in the life of an autistic person. To tackle this menace, many NGO’s and individuals have stepped forward to impart education and training to these individuals based on their strengths.

The Government of India under the Right of Persons with Disabilities Act link in April 2017 has increased the reservation of jobs from 3%. However, the private sector in India still lags behind and is close-minded when it comes to hiring individuals with ASD.

SAP Labs India is the only IT Company in India that has hired 10 individuals with ASD.

According to Smitha D, an HR professional based out of Bangalore “The corporate sector in India does not have specific laws which require them to hire people with special abilities. Hiring these individuals is an additional cost to the company as they have to build special infrastructure. The organizations also fear whether these individuals will be accepted by other employees.”

“Individuals with ASD lack the ability to interact socially. But, this does not mean they are not qualified to do a job. They are highly intelligent individuals and can excel in their field of work if they get proper support and guidance. They do have special needs that not every workplace can accommodate. The government should pass legislation to have neurodiversity in the workforce that will create more job opportunities for these individuals,” said Dr.Ranga Sai of the Autism Clinic located at Malleshawaram, Bengaluru. 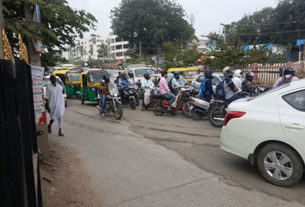 2 thoughts on “No Jobs for Different Individuals”