Beedi workers in Karnataka are receiving less than the minimum wage fixed by the Labour department.

The workers of the Beedi Colony in Bengaluru are being paid Rs.160 despite the minimum wage set at Rs. 281.77 by the Ministry of Labour and Employment on March 14, 2018.

“I receive Rs. 160 for rolling 1000 beedis a day,” said Kaushar Banu who has been rolling beedis for 20 years. This sum is further reduced when damaged beedis and the cost of raw material is accounted for.

Vinutha Natesh, Assistant Labour Commissioner of Karnataka said “The workers should receive Rs. 281.77 for rolling 1000 beedis as per the updated notification of March 14, 2018.” The minimum wage is set by meetings and discussions between the trade union, workers of the beedi industry, and the labour department of Government.

“We make around Rs.1600 in a month which makes it hard  for us to sustain ourselves,” said Raheemunnisa, another beedi worker of Beedi Colony. Many beedi rollers in the Beedi Colony have shifted to the garment industry because of low wages. The hazardous effect that these beedis have on their health is another reason these people to opt out of  this profession. Only a few workers are left in the ‘Beedi colony’ named after them.

Vinutha said that workers who are being paid less can file complaints with the labour department after which the inspectors will visit the factories or contractors to whom these workers supply beedis. Following this, a trial with both parties will be heard and workers will be paid the backlog.

“I cancelled my Employees’ Provident Funds Scheme,” said Kaushar. The fund deducts money from the salary these workers receive on the last day of the week. She explains that she has no guarantee about her life in the future and that the money that is deducted is needed at the time she is alive. There are 41,67,833 beedi workers under the Employees’ Provident Funds Scheme as of 31.12.2017.

“For them, the deduction is very high,” said Dr. Rajasekhar, Director of Institute of Social and Economic Change. He explains that the deduction hurts them more now than waiting to get that increased amount through the Provident Fund in future. These workers need money for marriage of their children, for dowry or other activities and thus, future security is less important. Lastly, the workers said that the factories also pressurise them into not taking this fund.

Workers also run  into other problems like their names being misspelt in the registered list of the factories they work in. “I changed my Aadhar card name from Koshar Banu to Kaushar Banu,” said Kaushar. Her name was misspelt as Kaushar and so she was a non-registered beedi worker for a year. After visiting various departments of the government to change her name on the Aadhar Card, she was finally included in the list of registered workers after this change.

The workers said that the practice of writing incorrect names in the registry was common. “These practices are adopted by contractors to deny benefits to the beedi workers,” said Dr Rajasekhar. He was commissioned by the International Labour Organisation (ILO) to research the condition of beedi workers in Karnataka and in India.

“Informalisation is the main issue of the beedi industry,” said Dr Rajasekhar. It is tough to calculate the number of non-registered beedi workers in the country. One thing that the government could do to count the number of Beedi workers in the country is estimate the income of the beedi factories are making, he said. There is a need for Trade Unions and NGOs to work together to help these workers explained Dr Rajasekhar.

V. Seetharam Berinja, Secretary of SK Beedi Workers Federation said “They need to organise first so that they can fight for minimum wages.” He added that being uneducated is the main reason for their exploitation. The federation focuses on Canara districts and those associated with the union are able to avail the benefits of working as a beedi worker. These benefits include getting minimum wages, maternal health benefits among others. “The workers are not in touch with their actual employer and the contractor who is between the worker and the employer exploits them” said Mr. Beriyyye.

Dr Rajasekhar said that the solution for the issue of not receiving minimum wage is to get them official ID cards.

(This article was updated on Nov. 25, 2022 after getting a quote from V. Seetharam Berinja, Secretary of SK Beedi Workers Federation.) 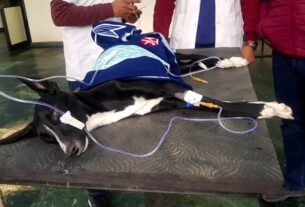 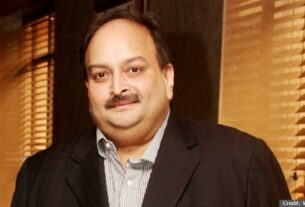 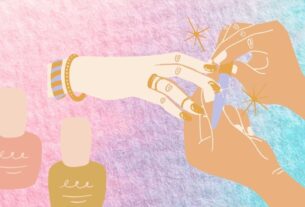 Sparkling nail business, back in the game