Bengaluru Twitter’s blue tick users are apprehensive about the social media platform’s plans to charge a reported  Rs. 719 per month for verified badges.

Twitter’s plans to charge Rs. 719 for verified blue badges on accounts have left Bengaluru Twitter users in a dilemma. Many are prepared to opt-out of the service, calling it an unnecessary feature.

Bhaskar Rao, former IPS Officer, Commissioner of Police, and Vice President of Aam Aadmi Party Bangalore, said Twitter’s plans to put up a paywall for a blue tick account is a farce and he would rather pay the money to buy a newspaper.

“The feature is totally unnecessary. I got a blue tick on my account when I was an IPS Officer, but if the new subscription does not come with any proper utility, it would only be a farce and I would opt out of it. Twitter is charging around Rs. 700 per month for the feature, which is a significant amount. For that money, I can get multiple newspapers that would keep me informed of the day,” said Rao, who is contesting in the upcoming BBMP election.

Twitter was taken over by Space X founder Elon Musk earlier this month in a deal worth $44 billion. Since taking over, the billionaire has announced widespread changes to the social media company.

Among one of the many changes, Twitter has recently introduced a subscription model for blue tick account holders called Twitter Blue that would charge users $7.99 (Rs. 651) a month. Musk defended the plan by promising to offer fewer ads, priority in replies, mentions, and searches, along with the ability to post long video and audio files. The plan subsequently went live in the US, the UK, Canada, Australia, and New Zealand.

Twitter has yet to launch the plan in India, but reports suggest the platform could charge Rs. 719 per month for the Twitter Blue plan. Musk has confirmed the plan could go live in India in ‘less than a month’.

However, Twitter’s plans to put up a paywall for verified users continue to draw flak from Bengalureans. Whitefield Rising, a citizen organization said having an authenticated account is often helpful in disseminating and countering misinformation. But it wants to wait and see how Twitter Blue plays out before committing to the plan.

“The reason Twitter is so amazing is that one can hear directly from the source, without having to go through the filter of news mediums, which always have this bias, one way or the other. Everyone is biased. But we are waiting to see how it plays out.

“As it stands, allowing the blue tick without verifying identity is problematic. The blue tick was a system to authenticate identity. Hopefully, we will see iterations coming up that give reasonable assurance about the identity of handles, and the people behind them. We will make a decision about the subscription after,” said a spokesperson of the organization.

In light of the controversy involving fake accounts, Twitter has temporarily suspended its subscription module. But Elon Musk has confirmed it could be brought back within the end of next week, once the fake accounts are dealt with.

Abhishek Basumallick, another blue tick user who specializes in the finance sector, said Twitter Blue is a feature that caters more to content creators. “Blue tick is more of a vanity for people. For organisations, it makes sense. If you are doing business or are a content creator, then maybe a blue tick helps. But for someone like me, who is not a content creator, it is does not add value,” he said.

Balbinder Singh, a social media marketing expert, said Twitter does not have a plan in place to reward its content creators. But charging blue tick accounts using a subscription model could generate revenue, which in turn, could allow them to reward those creators.

“Twitter is a type of social media where only one percent of users create content, whereas 99 percent of users just scroll through that content. It has no plans in place to reward the one percent content creators, like YouTube does. But that could change with the arrival of this subscription module, and other changes Musk is planning to bring. These changes could be essential in helping the platform progress in the long run,” he said.

Around 0.2 percent users are currently verified on Twitter. Elon Musk has argued that Twitter Blue could increase the overall presence of verified badges on the social media platform. “Widespread verification will democratize journalism and empower the voice of the people,” he tweeted.

Pedestrians take to the roads to avoid footpaths 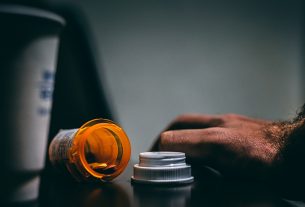