Workers’ union says delivery partners are not ‘partners’ but victims of the system.

Bengaluru, Nov. 17: Delivery workers are displeased with the food apps laying out conditions on the number of hours they ought to work and the requirements to fulfill a certain daily quota.

Paramanand Yadav, a delivery agent in Bengaluru said that the strict shift hours are hard on him. He said, “Strict schedule and long hours strain my health.” An agent needs to work for at least four hours to receive payment. Incentives are provided if one works for more than four hours.

A case study of food delivery workers in Karnataka showed that despite working for eight hours on an average, these partners only managed to earn a minimum wage. They had chosen to become delivery partners because of the freedom of flexible hours and not having to deal with a direct boss.

The study included images of a Swiggy document stating that delivery partners were required to work for a minimum of 11 hours per day. Incentives will only be available if one completes the mandated 11 hours.

A screenshot from the Zomato app showed that partners were expected to work for at least 30 hours per week and it is mandatory to work during peak hours on Sunday.

Even the incentives offered by the companies have reduced over the years. Recent reports say that the monthly incentives have been halved. This incentive depends on the delivery partner working for at least 22 days a month. And, a working day is only counted if the number of hours exceeds 10.

Hitesh D Potdar, Researcher and Founder of LabourInc said, “It is not advisable for food delivery partners to work for long hours continuously because the current urban setup is not favourable for them.” There are no designated resting places for these drivers to take a break between deliveries. Further, these drivers are not protected under any labour law. They are denied benefits under the Code of Working conditions, Code of Occupational Safety and so on.

Udaykumar Ambonkar, Chairman of Indian Federation of App-based Transport Workers criticised the lack of regulations in place for the protection of these gig workers. He said, “They are not partners but victims of the system.” State governments should take action instead of waiting for the central government to create initiatives. He continued, “With the current wages, full-timers who constitute around 40 percent of the workforce are forced to work for long hours to make an average of Rs. 600 per day.”

Responding to recent strikes by workers, Swiggy said that the payout structures are created to offer flexibility to their partners while making sure that their earning capability is not compromised.

A study by Mohan Mani, a Visiting Fellow with the Centre for Labour Studies at the National Law School of India University analysed the condition of workers under food delivery apps. The conclusion drawn was that ‘delivery partners’ are more vulnerable to exploitation because they are not protected under labour law. They are not recognised as workers but they are contributing to fixed costs such as vehicle maintenance and fuel for deliveries.

Dathathreya Raju, National President of the Delivery Boys Welfare Association (DBWA) said that workers are compelled to work all day long to make ends meet. The workers do not have any means to directly contact their employees if they have demands. “An individual does not stand a chance against these big corporates. Any rebellion is promptly dealt with by blocking the IDs of the involved workers.,” said Raju. 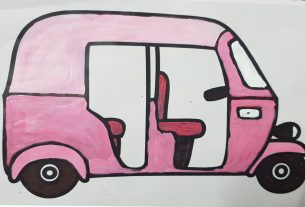 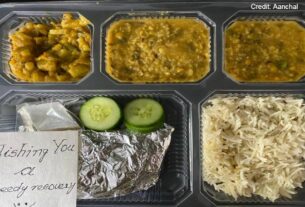