Repeated accidents of the Vande Bharat Express, creates fear among travellers of the Mysore – Chennai route that is to be launched on November 11.

Regular travellers from Bengaluru to Chennai find the new Mysore- Chennai Vande Bharat Express unnecessary and fear travelling in it. Officials have also been kept in the dark regarding ticket price and scheduled time.

Raghav (name changed), senior official, South Western Railways said, “We are also being kept in the dark about the technicalities and operations of the new Vande Bharat. Only high-profile officials are engaging in the work related to this train.” He added, “The Vande Bharat Express will not replace the existing Mysore – Chennai Shatabdi Express. However, it might be the slowest Vande Bharat train among all the other four trains launched, because between Bengaluru and Mysore there are lots of ghats and curves.”

Harini Kumar, a regular traveller between Bengaluru and Chennai, says that since the Vande Bharat Express is not going to replace the Shatabdi Express, she will prefer the latter. She also said the reviews about past accidents added to her hesitation.

M.N Sreehari, a Transport adviser said, “Since this is a high-demand route, the track will definitely be checked again by the railway safety commissioner. Accidents were caused due to other external factors and not technical factors.”

Raghav added that the timing of the train is currently announced only for the trial run (starts at 5:50 am from Chennai and will reach Mysore at 12:13 pm) and there are no official timings yet announced for the train’s regular schedule.

Balasubramanian, a working professional from Bengaluru, who visits his family in Chennai regularly during the weekends, said, “If the train schedule is the same as the trial run timing, it is very inconvenient. Employees like me, will prefer taking a night train to sleep and to wake up at the destination.”

He added, “Even families travelling to Bengaluru from Chennai for sightseeing will not prefer this timing, as they will end up wasting half their day travelling. This train only matches the time of the existing Shatabdi express. Even if they reduce the travel time between Chennai to Bengaluru by 30 – 45 mins. It will make a huge difference.”

He concluded by saying that this train doesn’t solve the purpose of regular travellers and he believes that the train was launched only to so the government is not blamed for only focussing on providing infrastructure for the north.

Jino J Ampakkadu, a regular traveler said, “This train doesn’t reduce travel time much and an early morning train doesn’t excite me at all. This would have been more exciting if it started from Chennai in the afternoon.”

An official from Rail India Technical and Economic Service (RITES) said, “Ultimately, the public opinion is the most important. If they fear the train and its service, it should be informed to the railway board.”

Dr D. Jeevan Kumar, a retired professor of political science said , “I don’t think we need a Vande Bharat superfast train on this route, especially when the tracks are not ready for it. This sector already has so many trains; I don’t think the decision is the result of any deep need-based analysis.”

He added that, “If you talk to railway officials, they will probably tell you that these ill-considered politically motivated decisions are putting unwarranted pressure on a creaking and over-stressed infrastructure that is playing with the lives of the travellers.” 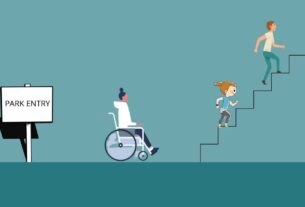 Public play grounds not for all 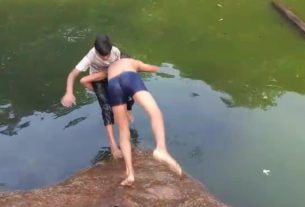 Minor tortured and thrown into water over scuffle