Political parties are working out strategies to fix the city’s tattered infrastructure, if they win.

Major parties contesting for the upcoming Bengaluru municipal elections are promising to fix the city’s drainage systems and potholes if elected to power. The Karnataka High Court, recently ordered the government and the Election Commission to conduct elections before December 31.

Congress spokesperson, Anil Kumar said, “We are prioritising development this time. Bangalore is in a pretty bad state right now and the condition of the city’s infrastructure is in doldrums.” He said that earlier the drains were cleaned three months prior to the arrival of the monsoons and these drains were connected to the city’s lakes. But now with the acquisition of these lakes by the “powerful,” the systematic drainage facilities have been ruined.

Bhartiya Janata Party (BJP) spokesperson, Suresh said that “Today, even the dry belts of the city are witnessing heavy rains and the newly developed areas of the city lack proper drainage systems. Big buildings construct basements but don’t construct ways to drain water out of these basements in case they’re flooded. Builders don’t take cognisance of these intricate yet important details.” Several areas of the city were flooded this year when it witnessed the highest rainfall since 1971.

Prakash Nedunagadi who is the spokesperson for Aam Aam Aadmi Party (AAP) said that his party was planning on improving the condition of drains and roads in the city. He said, “The sewage plants need to be streamlined and drainage systems need to be prepared for storing large capacities of water. Also, they need to be continuously maintained so that they can function better.”

Dr. D. Jeevan Kumar, a retired professor of Political Science said that “Election time is an opportune time for contesting parties to promise the voter a lot of things, beginning with infrastructural development. When the city is visibly falling apart, such promises do matter. The party which promises to rectify infrastructural deficits through bold schemes and projects will bank on reaping a good harvest of votes.”

The BJP spokesperson said that the drainage systems of the city were constructed judiciously with appropriate Minimal Liquid Discharge (MLD) capacity. “The recent illegal encroachments by the rich as well as the poor have disturbed the entire drainage system,” he added.

Criticizing the current BJP government, Mr Nedunagaddi said that BJP had done nothing for the city apart from giving it potholes. The city’s roads require repairs every two months. He called the Smart City project a total waste and said, “The government seeks 40 percent commission in all infrastructure projects.” Bengaluru was selected for the Smart Cities mission that was launched by the NDA government in 2015.

Mr Kumar also said that potholes and parking spaces were causing a major inconvenience to the public. “The investment made in roads has been pretty less in the last few years. The city needs about Rs. one lakh crore for complete infrastructure redevelopment. We are aiming to provide a quality lifestyle to the people of Bengaluru and for that education and healthcare are the two major areas we will focus on for the upcoming elections.”

Ramesh, a 63-old-man who has been living in the city for past 35 years said “After coming to power they tend to forget their promises. This is why the Supreme Court is looking into the matter of freebies as well.”

Public transportation is another area that the parties are targeting this year. BJP spokesperson said “Our government is taking steps towards increasing the metro rail connectivity every day in the city. We are also focussing on Electric Vehicles (EVs) and we want to provide quality transportation services while keeping our goal of achieving carbon neutrality in the coming years. We introduced Astra EV buses into the BMTC fleet which currently occupy five percent of the total fleet. Eighty percent of these buses are doing very well.”

Asma, a 22-year-old student who has been using public transport for about five years now said that improvement is needed in public transport. “Sometimes I have to wait for so many hours since the frequency of buses is very less. Metro has improved the situation a bit but the connectivity issue still exists.”

Dr. Kumar fears that promises made by the parties might not be well-thought through. He said, “If the party does come to power, will all promised projects see the light of day or not? My fear is that hastily-conceived schemes may not have visualized budgetary and financial implications and the practical ground-level reality, involving challenges in policy implementation.” He said that sometimes all these hastily conceived conceptualized strategies were designed purely to lure the average voter. In the long run, it is the city and its residents who will pay the price for such populist schemes and projects. 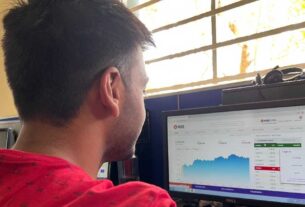 Algo trades flourishing but SEBI yet to regulate the system 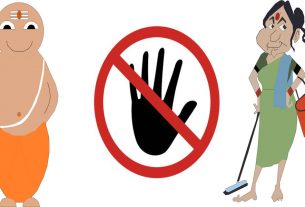