Report says, city has more women and girls missing than men and boys.

Mahadi, father of 14-year-old-girl, Bhargavi, from Mahalakshmi Layout, said, “My daughter went missing on October 17, 2022. I filed a complaint in the police station and circulated my daughter’s picture all around the neighborhood and on social media. The police and the public were supportive and helped a lot in finding my daughter.” His daughter was brought back home on October 20, three days after he filed a complaint.

Savita, Sub Inspector of the women’s police station, Shivajinagar, said that many missing cases that come to the police station are either of women or of children who are below the age of 18. She said, “Love affair is the most common reason for girls going missing. When girls are below 18 years of age, they run away with their partner and return when they have attained adulthood and can legally marry.”  She added that in  most of the cases the male partner is older, but some cases also note minor boys in the love affair.

Shivank Agarwal, a criminal lawyer, said, “Prostitution and love affairs are two major reasons behind missing women. In addition, in a few cases, when a girl is born, the mother is forced to leave the house. Government should make strict amendments to human trafficking acts. Girls who are under the age of 18 must be made aware of human trafficking.”

Sharada, wife of Shankara Gowda, went missing on August 30, 2022. Gowda said, “My daughter and I have registered an FIR but we have not received any leads till date. My wife has left home three to four times earlier also but has always returned in a day or two. She used to leave home with her phone, clothes and medicines but this time, all her belongings are at home.”

Pushkar, Administrative incharge, Rajdhani Detective Agency, said, “So far we have not experienced any women kidnapping cases. Cases that we have received till date were related to love affairs. One or two cases were of psychologically affected people. Government can have helpline numbers to track down missing persons.”

Pearl Suri, General Secretary, Young Women’s Christian Association  said, “Extra marital affair and domestic violence are the reasons behind women missing cases.” In some missing cases, women who are mentally affected also leave home. Government should rehabilitate and provide shelter homes where they can get therapies. They should have more helpline numbers.”

National Crime Records Bureau (NCRB) 2018 report shows that Karnataka was among the top ten states in India with the maximum number of missing women cases. 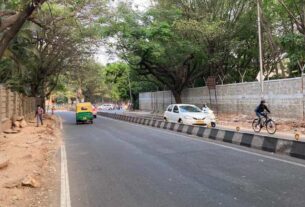 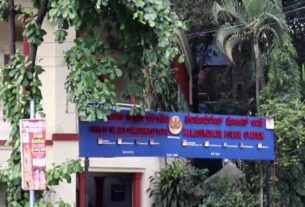