The students are stuck in their hometowns attending online classes and a few are changing careers as there is no support from the government of India.

Indian students who travelled to Ukraine for their medical education are switching careers or are accepting temporary accommodations in Indian universities, where they can use library facilities, andlabs but are not recognized as students.

Eshaa, a medical student from Kharkiv National Medical University, who has currently returned to Bengaluru due to the war said, “We are in a bottleneck situation, our options are very few, we have to drop this course, forget Rs.15 lakhs that we spent on the fees, forget the dream and aspiration and do something else.”

She further said, “Some students have also changed their course because they know this isn’t moving forward and a few have started their medical education from scratch, in places like Uzbekistan and Kazakhstan, which are much safer as they are far from Russia.”

She is now temporarily accommodated in BLDE Hospital and Research Centre in Bijapur, Karnataka. “I am grateful to the management. They are permitting Ukraine students to use their libraries and laboratories to study without paying a penny. They take us to health camps and we are treated no different than the already existing students, although they do not officially recognize us as students of their university,” she said.

“We never directly interact with universities, it is the agents that communicate with the students by passing information,” said Eshaa.

Vipin, the parent of Eshaa said, “The courses in other countries are much more expensive than in Ukraine. It becomes necessary to take a loan to study in the USA.”

He further said, “This situation is very unfortunate. It is a lesson that the students had to learn the hard way. The boy who passed away was very close to my daughter. This experience has made her more mature. We are just hoping for a good future for her now.”

Aditya (name changed), an agent who works with the University of Georgia said, “To transfer to foreign universities, the students require the hard copy of their educational documents from their respective Ukrainian universities, which they currently do not have. Hence, the process has been delayed. Few students have transferred to countries like Armenia, where the process is easier, to continue their education.”

He further said, “If they are so keen to study medicine, they can always go through the medical entrance tests and start again. It is better to stop wasting time and start their medical education afresh. When you become a doctor, it does not matter if you have lost a few years in your life.”

Dimple Swathi Suresh, who is currently taking online classes from her Ukrainian university, Danylo Halytsky Lviv National Medical University, Lviv said, “Alongside my online classes, I did an observership where we go to hospitals and understand the operations of a hospital in Manipal Hospital for a month.”

She added that she is not planning to transfer to any other university anytime soon. She said, “Despite the guidelines of the Indian government, some students have gone back to my university. It is contradictory because the government doesn’t want us to go back, but the National Medical Commission’s guidelines mention that you have to be in Ukraine for a minimum of 54 months out of the six year course (72 months) to validate my degree. Just to fulfill this requirement, people do not want to come back from Ukraine, even though there is a threat.”

Transcripts are a set of documents that act like a Transfer Certificate (TC) and report card of every student. The students mentioned that currently their transcripts are stuck in Ukraine.

Abhishek, a Ukraine-returned MBBS student in Chennai said, “I do not feel confident transferring anywhere because we do not have our transcripts yet. Universities that have accepted students to transfer also require them within three months, but there is no guarantee that we will receive the transcripts from Ukraine soon enough, hence the dilemma.”

He said, “My dean has a fear that students might ask for transcripts and so, has started blocking Indian numbers that he receives calls from.”

Eshaa mentioned that according to information from her agent, universities in Eastern European countries (like Georgia) will soon be accommodating these students for mobility programmes. There, they can continue their studies and after completing their programme, will receive a degree from their Ukrainian university.

Abhishek added, “You cannot take your own decisions about mobility programmes, we only have to go through our college, and they haven’t given us any updates on the same.”

Ashish, a student of Ivano Frankivsk National Medical University who is currently in Delhi said, “When my agent mentioned about mobility programmes, we were informed that we have to pay the fees of both the Ukraine university, as well as the university we take up the mobility programme in, plus the agent fee.”

He said, “If we start our mobility programme, we have to take up theory classes online from our Ukrainian university and attend practical classes from the university we have moved to.”

Ashish mentioned that a classmate of his, Munaf, who was studying with him in Ukraine, has dropped out of medical education because of this chaos and is helping out with his father’s interior designing business.

Professor Lawrence Prabhakar, Retired Professor of International Relations from Madras Christian College, Chennai said, “It is a very sad plight for Indian and other medical students who have gone to Ukraine medical schools. India could have had an equivalence of the credits earned by the students and tried to accommodate private medical students in India.”

Advocate Pampapati, a lawyer who specialises in cases related to education said, “Despite uncertainties, they need to write NEET for Indian colleges. However, they can file cases and fight for their rights and convince the court, as this is an unforeseen situation.” According to reports, the centre informed the Supreme Court that it cannot accommodate Ukraine-returned Indian medical students in Indian medical colleges as no provision in the National Medical Commission allows it.  Advocate Pampapati added, “The Supreme Court has no authority over foreign universities. The government has to take initiative and give positive news to students, rather than encouraging them to transfer abroad.”

Ashish also mentioned a classmate of his who has currently started her medical education again completely from year one, in Hungary as she does not want to waste her time waiting for her transcripts from Ukraine. 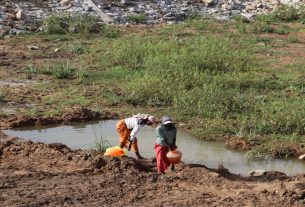 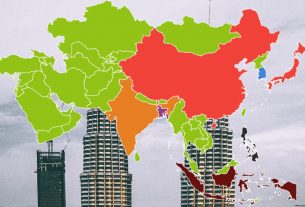