Postal service agents are not sure of their future since Government has taken the initiative to digitize and privatize the postal banking departments.

Aparna S, an authorized agent working for postal services said, “Our work involves collecting and depositing funds from clients, especially people who lead a busy lifestyle and old people who cannot afford to come to the post office, but with the digitalization initiative of the IPPB, it will be a big blow on our jobs since people can now directly transfer funds online, and will not need us anymore.”

“There are over five to seven lakh agents in the country and with digitalization, an entire workforce would be paralyzed and government should consider thinking about them,” said Manab C another postal agent at India Post, post office, Durgapur.

Recently, postal employees across India had held a nationwide protest against this digitalization and privatization initiative. However, the government has not responded to their grievances. The National Federation of Postal Employees (NFPE) secretary general Janardan Majumdar said in a report that the Centre has been trying to strengthen the Indian Postal Payment Bank (IPPB) ltd. This would be the only structure to be used for banking, insurance and financial needs. An article states that employees of India Post protested saying that postal savings banks should not come under the IPPB.

The present General Secretary of NFPE R.N Parashar said, “Before the strike, they held a meeting only for name-sake but did not discuss the important issues and the postal employees got nothing in reply. The bureaucracy is not at all serious and paid no heed to the grievances of postal employees.”

Amit D, Postmaster at the India Post, Thakurbari Post Office, said “Despite the protests made against digitalization and privatization, there were no initiatives taken on the part of the government.”

The government in its press release has stated that with the establishment of the Indian Post Payment Bank (IPPB) it hopes to move towards the vision of Digital India. This would enable paperless banking. Users can digitally access services for which they had to earlier visit post offices.

Jaya Simha, Investment Consultant at Kengeri Post Office said that because of the privatization and digitalization of postal services with the IPPB, a lot of authorized agents of the Standard Agency System (SAS) who provided services of the National Saving Schemes may start facing trouble since the entire system would come under IPPB.

Dr. Devdas K, an economist said that rather than privatizing the Postal banking services the government should work on building better infrastructure. “Privatised banking authorities do provide better services but it is also highly unreliable and poses a big question on the security of funds, whereas the postal bank performing under the supervision of government provides assurance of fund security.”

Senior citizens who are not familiar with technology say that the digitalization of postal banking services has made it difficult for them. Nalini D,77, a service user of the National Savings Recurring Deposit scheme said, “Being old and technologically backward I cannot access the services directly from the post office or digitally through mobile phones and it has been years since I am relying on agents who had been doing their work responsibly.”

Sabyasachi Mukherjee, a teacher of Economics at DAV Model School said that digitalization and postal services in a way, make customer’s lives in the urban reality easier, however, there are masses in the rural areas who are yet to be aware of the technological advancements of the postal bank and heavily rely on the medium of agency to avail their banking services. 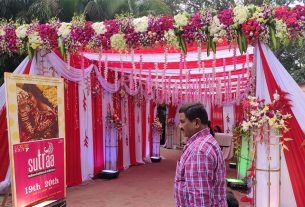 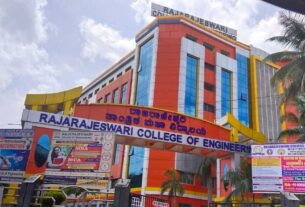