The crash of Bitcoin prices has been a bane for cryptocurrency miners across India.

Cryptocurrency miners in India are facing losses due to the rapid downfall of Bitcoin (BTC) value and Ethereum shifting from Proof of Work (POW) to Proof of Stake (POS). Some of the miners are losing up to 50 percent of their investments.

Aritra, a cryptominer, says he had invested around Rs. three lakhs during the pandemic, buying graphics cards and other mining equipment. But he had to incur a loss of around 1.5 lakhs.

“I started mining Bitcoins earlier this year when the prices were skyrocketing. I invested Rs. three lakhs to buy several graphics cards and build a strong setup. I also had to pay for my rising electricity costs.

“But following the rapid fall of Bitcoin and other cryptocurrency prices, I was barely making any profit. My electricity bills for the sustenance of around 10-15 units of Graphics Processing Units (GPUs) were outweighing my income. It forced me to sell off my equipment in the second-hand market, where I lost half of my invested money,” Aritra said.

Rithish, an 18-year-old college student who owns six units of RTX 3060, is also yet to recoup his Rs. five lakh investment from last year. “I was able to earn around Rs. 80,000 in the first couple of months, but then the market tumbled. So far, I have managed to earn around Rs. 1.5 lakhs, so technically I am facing a loss of Rs. 3.5 lakhs,” he said.

Bitcoin is a form of cryptocurrency that runs on a decentralized computer network, which is often called a blockchain ledger. When computers on the network verify and process transactions, new bitcoins are created or mined. These networked computers, which solve complex cryptographic hash puzzles, process the transaction and in exchange, get rewarded in Bitcoin.

According to Arcane Research, Bitcoin miners across the world had sold more BTC in May than they obtained through mining. In April, they had sold only 20 percent of what they had obtained, which is indicative of the impact the BTC crash in May had on the mining industry. Another study shows that there has been an 81 percent reduction in miners’ revenue since October 2021.

However, Aniket Jadhav, a marketing manager in a cryptocurrency network, believes the drop in BTC prices is not the primary reason behind the deterioration of the mining trend.

“The mining trend has not gone down because of the price of the crypto. The main reason you see a lot of graphics cards on OLX etc. is that one of the largest minable currencies – Ethereum(ETH)—shifted from POW to POS.

Parth, another miner from Pune, has found relative success by mining through hard drives. “I mine using hard drives, which is cheaper. I own 57 terabytes (TB) of storage right now and have installed a 4-kilowatt solar panel, which reduces my electricity costs. I am facing losses right now when it comes to mining, but less than that of the GPU-oriented miners,” he says.

Hard drive mining is a process of obtaining encrypted currency based on disk storage. Storage miners use regular hard disk drives (HDDs) to generate new data blocks in the ledger. HDDs are cheaper than graphics cards and consume less than one-tenth of the energy. However, only crypto-coins such as Chia can be mined through this method and not popular currencies like Bitcoin or Ethereum.

Although cryptocurrency miners across India continue to face losses, Jadhav, the crypto expert, says there is a future yet for the industry as cryptocurrency prices could go up once again. “The price will definitely go up, maybe not in the next 8-12 months but in the long run, it definitely will,” he said.

Jadhav adds that cryptocurrency miners, who can hold on to their mined currencies, tend to generate a significant return on their investments. “Depending on what kind of miner you are, if you have an exit strategy and you are accumulating the BTC you mine before you sell at a high it will not bother you. Instead, it would give you an amazing return on investment. However, if you are one of those who want to sell month on month, the price action can drastically affect your returns,” he said.

Rithish, who has invested heavily in Ethereum mining, shares the same opinion. “I am a student and even though I am facing losses on my investments, I do not plan to sell off my mined coins as I believe the prices will go up in the future. I am assured I will get the return on my investments,” he said.

Bitcoin price had reached a high of Rs. 35.9 lakh in late March 2022. But the valuation has tumbled since, with the BTC floating at around Rs. 16 lakh at the moment. However, with cryptocurrency mining still promising good long-term yields, miners are hopeful that the BTC value will once again reach earlier levels. 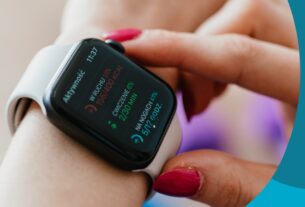 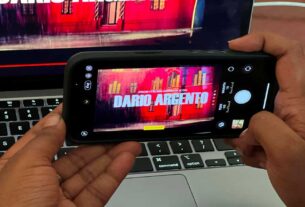 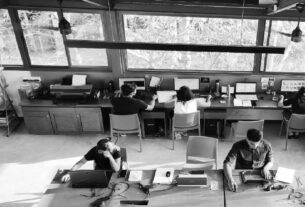