Skip to content
Home | City | Section 66A: The Zombie Law

Despite being struck down by the Supreme Court of India, Section 66A is still used to file cases.

Cases are still filed under Section 66A in Bengaluru even though this section of the Information Technology (IT) Act was struck down in 2015.

A tracker by a non-government organisation (NGO) shows Karnataka has reported 10 cases in 2016, one in 2017 and two in 2018. India currently has 1988 cases registered under Section 66A. The Internet Freedom Foundation (IFF) collaborated with CivicDataLab to track the number of cases filed under Section 66A of the Cyber Law. They call it the ‘Zombie Tracker’.

Before it was struck down, the IT Act was amended in 2008 to include Section 66A. This section of the IT Act penalizes anyone for sending ‘grossly offensive’ or ‘menacing’ information through an electronic medium. Cyber expert, Dilip Ayyar, founder of Deccan Infotech said, “Any officer who has the power to arrest needs to substantially prove the malicious nature of the message. This is when the thin line between what the Supreme Court says and what is actually enforced shows and the Law enforcement authority has the final say.”

The Cyber Crime headquarters maintains a record of all the cyber-crime related cases in Bengaluru. An official from the Cyber Crime head office said that they only take extremely important ‘V.V.I.P’ cases and the Cyber, Economic and Narcotics (CEN) police stations handle rest of the cyber-crime cases. Law enforcement officials from CEN Police Stations are aware that the section was declared unconstitutional. An official from the Shivajinagar CEN police station said they do not file FIRs on Section 66A cases as this provision has been scrapped.

The Supreme Court made a statement that Section 66A is flawed and  is infringing the privacy of people, as the entire arrest process is based on the understanding of a police officer.  that is if the arresting officer finds it offensive then they can make the arrest. The section was deemed unconstitutional as it violated Article 19(1)(a) of the Constitution which deals with freedom of expression. Ayyar says, “Along with Section 66A of the IT Act, section 69A and 79 were also going to be struck down but that did not happen as they could be enforced with certain restrictions without violating Article 19(a).”

Ridhi (name changed), a medical student who is aware of this particular section says when terms like offensive and menacing are used, they are subjective and vague and can’t be defined properly. So, it is up to the law enforcement agencies to decide what is offensive and what is not. This, in turn takes away an individual’s freedom over online speech.

Srinivas, who works at an IT Firm in Bengaluru said that the problem with Section 66A was that cases were filed on the basis of the understanding of the official concerned.  “If there is a body that governs and does a fair job, then the law works,” He said, adding that there was a need for a proper framework and a way of conducting fair trials where both the parties are heard and then judgement is given.“This way there isn’t just one party making the final decision, he said.

Ayyar said that some of law enforcement agencies are not aware about updated laws , “I think the Ministry of Information and Technology should hold appropriate awareness sessions for all law enforcement officials within the country to make sure that the law is applied properly.”

Tagged IT sector laws Section 66A 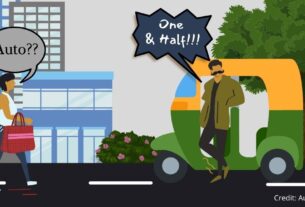