The official website of the Karnataka Forest Department shows that 15 elephants have been electrocuted over the past two years in the State.

Karnataka witnessed over 100 deaths of elephants between 2021 and 2022, out of which 22 of them died of unnatural causes like electrocution, accidents, gunshots, and snaring. Electrocution alone claimed the lives of 10 elephants in Kodagu district, two in Bengaluru, and one each in Mysuru, Chikkamangaluru, and Chamrajnagar districts.

Vijayakumar Gogi, Principal Chief Conservator of Forests (Wildlife) said that the human-wildlife conflict and electrocution is on a rise due to an increase in wildlife as well as  human activities in the vicinity of wildlife areas.

An elephant census released by the Union ministry of Environment, Forest and Climate Change in 2017 shows that Karnataka is home to around 6,049 elephants which is highest in India.

Over the last 10 days, three elephants have died allegedly due to electrocution in the Malnad region of Karnataka where electric fencing installed by farmers has caused deaths.

Vijayakumar Gogi said that most of the electrocution happens when farmers illegally power their fences with electricity rather than installing pulsating solar fences.

The Hindu on Sunday reported that a farmer was electrocuted at Kodigehalli village on the outskirts of Doddaballapura when he came in contact with an electric wire while spraying weedicide on a ragi field he was working on.

Pradeep N K, a coffee grower in Belur taluk of Karnataka said that the rail barricades are limited only to a few places and there are almost 150 elephants in between the barricades that might damage their crops. The translocation of elephants by creating a corridor for them is the concrete solution to this problem. “This year we have lost around 10 human lives other than damage caused to the crops due to elephants. I am not supporting the killing of any animal but if the government cannot support us, then what will the farmers do to protect their livelihood?”Pradeep asked.

Dr. Nawaz Shariff, Chief Veterinarian at the People for Animals wildlife hospital in Bengaluru said that the forest department should be vigilant by deploying a quick reaction team that can respond to any illegal activities in the forest.

“Modern technologies like drones also have to be used as they can monitor the whole area for movement of animals and notify the quick reaction teams about any such mishap that happens,” he added.

Karthick Prabu, an elephant conservationist based in Bengaluru said that most of the electrocution happens due to crop raiding by elephants where commercial crops like paddy and sugarcane attract the elephants. “First of all, the public should be educated and made aware of the seriousness of the conservation efforts. Secondly, the forest department should conduct regular inspections to prevent any harm,” he said.

Vijayakumar Gogi also said, “Unless the border between forest and human landscape is totally sealed by some formidable barrier like rail barricades and people are made aware about it, the incidents of human-animal conflict will continue.” 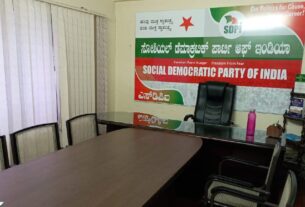 Interest in SDPI on the rise 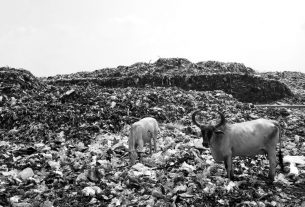 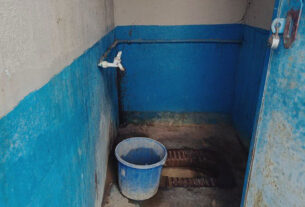 Community toilets in K.Golahalli not community-friendly