She added that in past few years, social media has become a very private thing where people can and are expressing themselves without caring about other people’s opinions.

He said social media helps him to express his true self. “Social media has helped me to normalise breaking gender stereotypes. I was once that boy who was afraid to be his true self and express himself.” But when he discovered other men on social media wearing makeup he no longer felt alone. “I am posting makeup reels on Instagram for that one boy who is behind closed doors thinking he is wrong and can’t express himself properly because at one point I was that boy,” he said.

Nagi has loved the idea of wearing makeup since childhood. “When I was in second grade, I had taken part in a dance performance. My mom brought her lipstick and blush to get me ready for the performance. She applied makeup over my cheeks and lips. When I saw myself in the mirror, I felt really pretty,” he said.  Since then, he used to lock himself in a room sometimes to wear his sisters’ lipstick.

“With the accessibility of social media people belonging from all genders including heterosexual, homosexual, non-binary, etc. have started expressing themselves online,” Purohit said.

She said many famous male social media influencers like Ankush Bahuguna and Vishnu Kaushal have started promoting gender-neutral and inclusive fashion and clothing. They also pointed out toxic masculinity.

Vivek Ghosh, an aromantic gay person, a freelance model and a social media influencer from Siliguri said makeup is very essential for him as he wants to look good all the time. “It’s already becoming quite common and it’s certainly nothing to be ashamed of.”

He said that there are many accounts which support LGBTQIA and influencers on social media. They are influencing many LGBTQIA people to come out of their closets. They inspire them and provide them with mental support. “These things are really helping men to break gender stereotypes and accept themselves freely,” he said.

Shikhar*, 22, a bisexual person and a social media user who loves to wear makeup said that we are living in the 21st Century and it should be completely normal to see men wearing makeup. “Film stars wear makeup while shooting so why not us?” he said.

Sreya Paul, a social media user said, “Growing up in a society like ours, the first time when I came across men wearing makeup, I was a bit weirded out.” It was an uncommon experience. “But as I kept watching men wearing makeup or women’s clothing on Instagram and social media.  I started enjoying these videos.” She said she also started educating herself about gender roles and stereotypes. “So, seeing men break stereotypes virtually, even made me inclined to be supportive of these people,” she said.

However, she said she also sees these people are being bullied a lot for ‘breaking of social norms’ and just being themselves.

Abhilasha, a member of Naarivad, a youth-led organization that works for the upliftment of women and gender minorities, said that social media has increased the visibility of people who are expressing themselves to a large extent. “Through social media, a person can reach out to someone who is experiencing the same experiences as them and that helps a person to feel that they are not so alone.” Also, a lot of social media activism involves around creating safe spaces for people, regardless of their gender, she said.

She added on one hand we have celebrities who’re dressing in different ways and men doing things that are not considered manly but a lot of these men come from extreme positions of power and will probably not be hurt by these choices in a physical way. “They’ll get hate and be made fun of. But if we look at normal, ordinary people, especially in the Indian context. They will still face extreme discrimination.” She said a man who may try to break gender norms will always face backlash for it or even physical abuse.

She said society still considers “feminine ideas” of dressing or lifestyle as inferior, which includes small things like expressing emotions because of the way they’ve grown up in the Indian society. Men grow up listening to “boys don’t cry”.

“Thus, social media is helping increase awareness against the way the patriarchy and gender norms harm men, but we still have to make a lot of progress to create a safe space for people of all genders,” she said.

“I Walk By Faith” 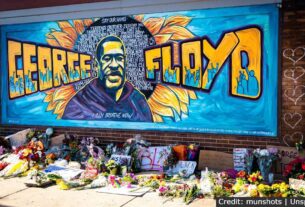 Police Brutality towards Black people still on a rise