Akshita was buying vegetables from a local vendor in Chickpete with her mother. As her mother was bargaining for prices, Akshita talked about how they have reduced their purchases because of high prices. She said that they are a family of four and these days they tend to not buy commodities in large quantities and get small portions of everything.

Data released by government showed that the retail inflation based on Consumer Price Index (CPI) jumped to 8-year high of 7.79 percent in April 2022.

People have already been hit hard with the pandemic since two years now. Rising prices are further deteriorating the survival conditions of many people. Shamwati is a domestic helper. She has a family of five. After her husband passed away a few years ago, she is the sole breadwinner of the family; she said that most things have become so expensive that they end up not buying them at all. For instance, when vegetables are expensive they avoid buying them and eat plain roti with some homemade relish.

On the other hand, another homemaker said that they have to buy commodities despite being expensive as she has to run the house. However, now she ensures not to buy excess of anything and avoid wastage as much as she can.

The inflation has not only burnt the families but also businesses. Murty is a supervisor at Vidya Café in Bangalore; they specialize in south Indian food. He shared that his customers these days complain of high price for a plate of idli; they compare it with other places. He explained that the raw material become expensive and he has to cater to the overhead expenses of paying rent, salaries, etc as well. If he retains the selling price, they will not be able to sustain, he added.

Many reports say that, the ongoing Russia-Ukraine war is the reason for inflation. The global supply chains have been disrupted due to the same and has caused rise in prices of basic commodities like oil, grains, fuel etc.

Swati Arora, an economist at HDFC Bank explained, Consumer Price inflation (CPI) is expected to remain above seven percent until October. There are growing risks in inflation. For, one food prices are expected to stay higher due to geopolitical tensions, climate change, round of impact of higher transportation costs and fertilizer prices.

She added that besides higher commodity prices, prolonged supply disruptions and higher imported inflation due to a weaker rupee could weigh on inflation prints.

She further added that they are expecting the Reserve Bank of India to deliver a rate hike to the tune of 25 to 30 basis points in its June policy meeting followed by three to four more rate hike in this fiscal year. 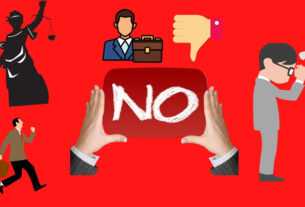