The Karnataka Cabinet announced financial allocations for several projects, including Rs. 100 crore for the development of the Peenya Industrial hub, ahead of the Bruhat Bengaluru Mahanagara Palike elections.

However, industrialists said that it will not be enough. .

“The situation in the area is absolutely the worst,” said K Biswas, owner of Cosmos Engineering in Peenya. It is challenging to drive two-wheelers, let alone four-wheelers, he added. “Previously, money was allocated to develop the area but not much was done,” he said. Even if the road is tarred, once it rains, it ruins the whole process, he added.

The Peenya Industries Association (PIA) had sought Rs 500 crore allocations in the state budget for medium and small enterprises and development of infrastructure in the Peenya Industrial Area, especially for the peripheral area that contains 93 percent of the industries. The association noted that the infrastructure in the area has been ignored despite significant contributions made by industries in the area. “Till now we haven’t received proper streetlights and road and drainage systems in the area,” said Shivkumar from PIA. This mainly affects around five lakh women who work in the industrial area in the garment factories, he added.

However, the state government has made multiple attempts to revive infrastructure in the area. In 2013, a project worth Rs. 26.3 crore was undertaken to address the road network, streetlights, solid waste management and other problems in the area. Additionally, the 2021 state budget also included a Rs 100 crore proposal for the development of an industrial township in the Peenya industrial area. However, industrialists said that the situation in the area has still not improved. “Even though money was allocated in the last budget, the work was not done,” said Shivkumar.

“We contribute around Rs. 3000 crore per annum as revenue to the state and central government. So for them to only allot Rs. 100 crore is not enough,” he added.

The government was facing a cash crunch during the Covid time which is why they have allocated only so much money, said a member of the Federation of Karnataka Chambers of Commerce and Industry (FKCCI). “The issue of infrastructure in the area has been neglected for a long time and we need more support to deal with it,” he added. 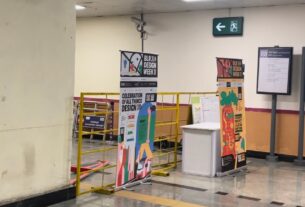 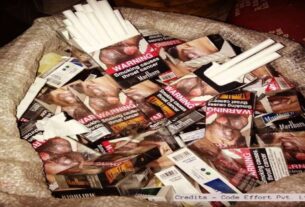 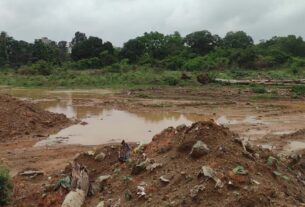