Skip to content
Home | Education | NIOS: The ‘other’ kids

National Institute of Open Schooling (NIOS) students say their parents feel a hint of embarrassment for admitting their children in the ‘other’ educational board.

Asha* had spent hours studying for her math exam for the last few weeks, but like many teachers she knew, her math teacher carried the notion that students from National Institute of Open Schooling (NIOS) were ‘dumb’. “Asha, 40 out of 50.Asha, how? Did you copy?” said the teacher as *Asha took her paper and walked back to her seat.

Although the NIO is an educational board that was created and recognized by the government, its students still face educational and societal stigma.

“These children have to go through so much stigma just because they chose NIOS as their educational board. This is despite the fact that it is fully legitimate—gaining credibility from the government. But they are seen as ‘problem children’ who study in an unconventional manner,” Kavitha Angre, a child psychologist and the founder of Paatashaala, an NIOS coaching centre said.

“When they shift educational boards, schools often act like they are problematic. My concern is that it can really wound these children mentally,” she added.

Michael, a football player suffers from dyslexia. He claimed that switching to another school board was tough. “This particular English teacher despised the fact that I was dyslexic. She called my parents at the end of the year and complained,” he stated.

Apart from football, Michael aspires to be a theatre artist. “I am so passionate about acting in plays. But teachers said that since I do not go to their classes, I am not a part of the school and shouldn’t be allowed to participate in school theatre,” he said.

Michael said these experiences have made him wary of applying to degree colleges. “I do not know what I should do. If no one even knows about this and thinks NIOS students are all ‘mentally challenged’, I do not know what to make of it,” he said.

Parents, teachers, professors and principals in educational institutions have different ideas about NIOS.

Some NIOS students say their parents still feel a hint of embarrassment for admitting their children in the ‘other’ educational board.

“Well, my parents were embarrassed—they lied to people saying I was actually doing CBSE. Because people think only ‘abnormal’ children do NIOS. And the principal of my college? He gave me this disgusting look and said, ‘Why is this girl like this?’ It hurt. It is all traumatic,” Asha said.

Some parents say they support their children in their academic growth.

Smitha’s 15-year-old son is an NIOS student—he wanted to learn at his own pace, and his parents have supported him throughout. “People have this utterly ignorant notion that NIOS children are not smart. They want to bottle children up in this ‘one size fits all’ rule. I hate that. My son’s happiness is what matters to me,” she said.

Smitha added that she has had to deal with a fair share of stigma from society. “No one backed me when I supported his path. I fear stigma above anything else. I worry that the colleges will not accept him fully because he is an NIOS student,” she said.

*Jaanaki teaches journalism at a reputed college in Bengaluru. “What is NIOS? Is it an alternative? I do not know students from this,” she said.

But some principals say that the NIOS system and its students need to be recognized more.

A few days ago, *Sumathi retired as a principal for a reputed PU college in Bengaluru. She said that people are misinformed about NIOS and its students. “They think these children are dumb—stupid—lazy. I can tell you, we had few NIOS students—they excelled. All they need is a little love and support,” she said.

She added that the education system is confusing. “After 40 years of being in this system, I still fail to understand—what is education?”

NIOS was established in 1989 under the Ministry of Education’s 1986 National Policy on Education, It provides community-oriented courses, life enrichment and vocational courses. It has Open Basic Education Programmes (OBE), which provides elementary courses. A 2017 notification also stated that NIOS is authorised to certify its students until the pre degree level.

More than four million students have enrolled in NIOS over the last five years. NIOS has 7400 coaching centres across the world—these coaching centres allow students to study five subjects over two semesters, with an exam at the end of the first term in October and the second term in April. Students can choose how many subjects’ exams they want to take in these semesters—for example, a student can write take exams for three subjects in the October exam and the other two in the April exam.

Michael said that this helped him juggle sports and studies together. He could focus on sports more which gave him a feeling of accomplishment.”This helps me to focus on my sports and does not indicate that I am incompetent,” he said. 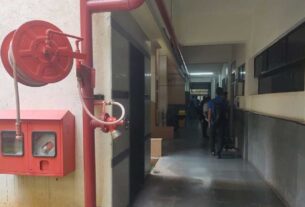 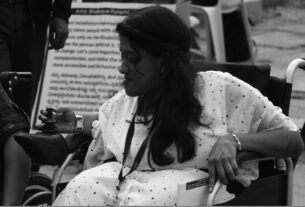