Three professors at the Shri Atal Bihari Vajpayee Medical College and Research Institute (SABVMCRI) were given transfer orders with no mention of reason.

The High Court of Karnataka will discuss the petition about the transfer of three SABVMCRI professors on May 26. The petition had also asked for a probe into the recruitment of assistant professors at the college.

The matter of a probe came into discussion after Meenakshi Parthasarthy, a professor and Head of the Department of Anatomy reported that she along with her two colleagues were given a transfer order back to Bangalore Medical College and Research Institute (BMCRI) with no proper mentions of posting, functions and pay.

Parthasarthy said that she received a transfer order on May 4, on whatsapp asking her to report back to BMCRI. She said that the order said she would be transferred at the same post and seniority level but there was no mention of her post or pay or anything else in the order. Department heads of physiology and surgery, were also given the transfer notice along with her.

Dr. Ravi K, Director at BMCRI said the three doctors have not turned up at the college yet.

“I am trying to understand that why suddenly this transfer is happening. I have been working here efficiently since 2016 and this notice without any reason is disheartening. I will bring out the reality behind the recruitment processes,” said Parthasarthy.

She suspects a scam behind it and chose to not talk to the press in detail as the matter is in court.

She had worked at BMCRI for 19 years. When there were excess staff in the college, the BMCRI asked some professors to shift to Vajpayee college as it is a sister college of BMCRI. Back then, Parthasarthy decided to take up the job took a transfer voluntarily in 2016. She was hired  on a permanent basis.

Parthasarthy said she did not take the order and applied for leave from May 5. On Thursday, she got a high court notification that she could continue her services at the Vajpayee College  till the high court decides whether a probe is necessary over the transfers.

Moreover, the Karnataka High Court has issued a notice to the state government and others in response to a petition seeking probe into the recruitment of 33 assistant professors at the Vajpayee College.

Parthasarathy said that she is willing to go to a double-judge bench or at the Supreme Court for her human rights if nothing comes out of the current trial.

She said that she considers the college as her own home and the vague transfer order is unjust as her retirement is around three and a half years away.

She said that she is confident that the authorities will be exposed of their wrongdoings in the recruitment process once the court orders a probe.

Narendra Arora, the National President at the non-governmental organisation (NGO) Anti-Corruption Foundation of India, said that corruption in educational institutions is systematic and it would not be something new if the allegations are proven true. 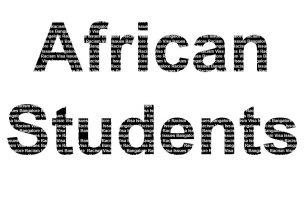