The investigation which was in Bangalore and Kalaburgi so far has been extended to Dharwad.

The Criminal Investigation Department (CID) team in Dharwad detained a teaching faculty and plan to question the students from a training institute in Dharwad.

An official from the Bengaluru Criminal Investigation Department (CID) said that the CID team in Dharwad will further probe the PSI recruitment exam scam.

Around 50 people have been arrested in more than one month of investigation, including politicians, teaching faculty, police officials and exam candidates. In the recent order by different courts in Kalburgi, the bail plea of the 12 alleged accused in the scam was rejected.

K. Channappa is a retired Superintendent of Police (SP) and ex-coordinator in the police recruitment examination, He suggested that the candidates be made to write the answers instead of optical mark reading (OMR) answer sheets. He added, “We should either use the traditional method of examination to make the candidates write the answers or to conduct online like the IITs.”

N.Nagaraja, president, Retired Non-IPS Police Officers Association said, “What is the point in appointing thieves as police officers?” He added that the rules for conducting the police recruitment exam remains the same for the entire country and if there is a problem in Karnataka, it is because of the irresponsible officers who forgot their duty for money.

The Police Sub-Inspector (PSI) recruitment scam is a two-fold scam where one team used answer sheet tampering and the other used micro Bluetooth devices to cheat the exam. 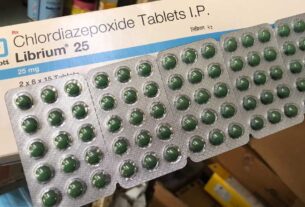